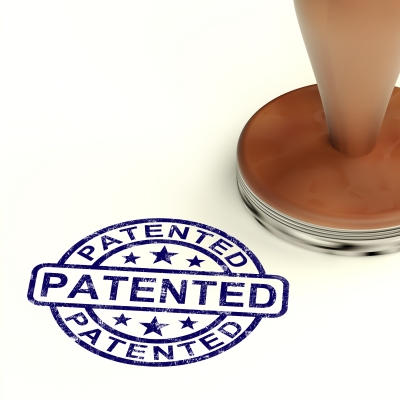 Mobile and smartphone has got a special place in the overall economic growth of India today – with convergence of technologies and devices – whether it is e-commerce or e-governance, everything and anything is getting connected under the single ecosystem of mobile or smartphone today. And home grown Indian companies such as Intex are not only providing this device edge to Indian customers but are actually shining brightly on the global turf as well.

However, this growth of India’s smartphone story is also getting dampened by the ongoing practice of ambiguous patent driven royalty rates, wherein mobile handset players are being taken to court by MNCs on account of patent infringement. This is resulting in significant loss to Indian FOREX earnings and consequent pressure on revenue deficits through royalty outgo at a national level.

Supporting manufacturing in India will not only serve to boost employment in India but will also significantly reduce Indian import bill for mobile handsets. A number of Indian, and ironically, Chinese mobile brands have experienced the vice-like squeeze of this predicament over the past couple of years.

Indian handset companies such as Intex, Lava, iBall or Micromax have all commenced assembly of smartphones in India to a large extent. This growing trend of manufacturing in India will not only serve to boost employment in Indian but will also significantly reduce Indian import bill for mobile handsets.

The Question of Royalty Rates

These rates, being based on the sale price of the mobile handsets, instead of the component of the handset in which the patented technologies of the SEP owner reside, are excessive and exploitative.

The demanded royalty rates and base unfairly seeks to appropriate the value created in the end product by others, such as by the contribution of several other patent holders, and on the contributions made by Indian companies in building brands and operating their businesses.

Apart from this these excessive royalty rates which are unfair and unreasonable seek to appropriate to one SEP owner, value that is much in excess to its entitlement. As there are several potential licensors this raises the spectre of royalty stacking and patent hold up. Any royalty base that is predicated on the end value of the product rather than the component on which the patented technology resides makes the adoption of technology much more expensive for the end customer and thus leads to a situation of royalty stacking and patent hold up.

The royalty rates prescribed by SEP owners in India are excessive, and cumulatively with the royalty rates of other potential licensees willing to charge at least a similar rate (if not more), are likely to render the business of Indian companies entities simply unviable.

The Indian Mobile Handset Industry accounts for over 40% of the market share of the Indian mobile handset industry with home grown companies such as Intex, Karbonn, Lava etc., giving foreign mobile handset companies a run for their money.

This has only been possible because Indian companies have made a studied effort to provide access to affordable mobile handsets to Indian customer leading to the “mobile boom” in India. Increased internet enabled device penetration, decreasing handset prices and data plans tariffs are helping create a suitable environment for a rapid growth of mobile internet in India

The Indian handset companies have also whole-heartedly supported the ‘Make in India’ campaign. This has had a positive impact on mobile handsets manufacturing in the country with 24.8 % of handsets shipped in the second quarter of 2015 manufactured and/or assembled in India compared to 19.9 per cent in the previous quarter.

With the current emphasis on innovation, design and manufacturing as the key cornerstones of the MII campaign, the Indian mobile handset sector should be provided with the correct impetus and a level playing to compete and face the global competition. Local manufacturing leads to employment, R&D leads to innovation and cost optimizations lead skilling successes. All this helps Indian industry to grow and this has a salutary and positive effect on the other cognate sections of the economy as well. By some estimates, over the next five years, 50% of all smartphones shall be locally manufactured, with a healthy mix of SKD and CKD in this composition.

It is estimated that Indian has in excess of 350 Million Internet users of which over 213 Million i.e. over 70% Indians access the internet via mobile devices. The mobile device thus has become the primary point of access for Indian citizens to the Internet.

This figure ties in directly with the Indian Government “DIGITAL INDIA” PROGRAMME which aims to transform the country into a digitally empowered knowledge economy. The Digital India programme includes various schemes worth over Rs 1 lakh crore like Digital Locker, e-education, e-health, e-sign and national scholarship portal and the massive BharatNet in 11 states and Next Generation Network (NGN), are also a part of the Digital India campaign.