Every day, communities across the country rely on first responders to protect and serve. From everyday incidents to major disasters, in the face of danger, these brave men and women – spanning fire, EMS, law enforcement and more – stand on the front lines no matter the emergency.

There have been a lot of misconceptions and confusion out there about interoperability. It’s unfortunate to see this misinformation being touted by others in the telecommunications industry.

These carriers passed on the opportunity to partner with the FirstNet Authority and answer public safety’s call for the creation of their own dedicated wireless communications platform. This misinformation campaign only hurts the first responder community. So enough is enough. We’re cutting through the clutter and setting the record straight. 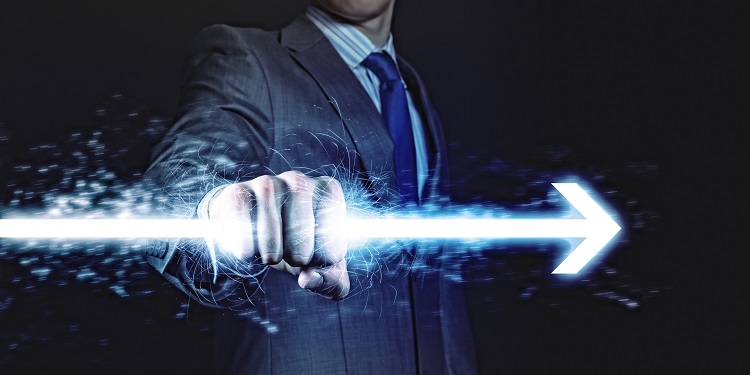 Interoperability means first responders can communicate (talk/text/share video/share photos, etc.) with one another regardless of factors such as responder location, jurisdiction, discipline, device or even wireless carrier. First responders can work and communicate together to achieve their life-saving missions. And FirstNet allows its subscribers to do all of this and more.

For far too long, interoperability challenges have plagued the public safety community. On Sept. 11, police in helicopters above the twin towers couldn’t warn firefighters and other first responders on the ground of the building’s imminent collapse. The 9/11 attacks served as the catalyst for creating FirstNet – America’s single, nationwide and interoperable wireless broadband network built specifically for the public safety community, not a patchwork of disparate commercial networks. And in 2005, when rescue workers from other states showed up in New Orleans to respond to Hurricane Katrina, their radios would not allow them to connect with those radio networks used by local officials, further cementing the need for FirstNet.

The most important wireless network.

We believe FirstNet is the most important wireless network in the country because it is specifically designed to serve America’s first responders. More than 15,000 public safety agencies and supporting organizations, representing over 2 million connections1, enjoy full, seamless operability with one another on FirstNet – as well as interoperability with users on commercial wireless networks. This is because FirstNet is based upon adhering to open international wireless standards as required by federal law. It’s that straightforward. These standards mean that FirstNet subscribers can talk, text and exchange data with the users of commercial wireless networks (and vice-versa) across the globe.

All the misinformation from others simply doesn’t hold water. In fact, the industry needn’t look any further than industry organizations like 3GPP (the global standards body for LTE and 5G), which has been setting standards for international wireless communications since the early ‘90s. And in addition to its baseline standards, 3GPP has also standardized mission-critical services that focus on high performance and critical communications specifically developed for first responders and their mission. It’s all designed to ensure modern, interoperable broadband communications regardless of the user’s geographic location or network. So, while others push for “industry-wide coalitions” to establish interoperability, the industry standards have already delivered it and FirstNet has delivered the dedicated communications solution for first responders.

The brick wall between LMR and LTE is crumbling thanks to the development of global wireless standards. Land-Mobile Radio (LMR) systems have long been the de-facto communication networks for Push-to-Talk (PTT) voice services within the public safety community.

For nearly a century, LMR systems have provided a simple and efficient solution for private, 2-way radio communications that enable first responders to collaborate with speed and confidence within the confines of their local, state or regional system. But in 2017, AT&T Enhanced Push-to-Talk Advanced enabled agencies to augment their existing radio systems and seamlessly integrate with FirstNet, removing longstanding jurisdictional and discipline-specific barriers.

And FirstNet was the first to bring public safety a nationwide push-to-talk solution built to mission-critical standards: FirstNet Push-to-Talk. FirstNet is driving innovation, core-integrated solutions and 3GPP standards-based interoperability as required by our agreement with the First Responder Network Authority – enabling first responders to use their smartphones, feature phones, and specialized ultra-rugged devices like they would use a two-way radio, with highly reliable, high-performance, low latency calling. And since FirstNet PTT supports LMR-to-LTE interoperability, first responders using a two-way radio can communicate with smartphone users and vice versa. This represents an evolution of the public safety broadband network and furthers a fundamental purpose of FirstNet: interoperability.

Plus, FirstNet gives public safety PTT users the highest priority on the FirstNet network.2 So, in addition to getting priority and preemption, for first responders, on non-PTT calls, PTT calling receives the highest level of priority for dependable, high-performance group communications.

To be clear, FirstNet is the only network that gives first responders always-on, 24-hours-a-day priority and preemption across voice and data. It’s like giving public safety communications the “lights and sirens” treatment. When you see or hear an emergency vehicle coming, you get out of the way, so they can quickly get to those in need. Priority and preemption follow that same approach, just on the communications highway. This exceeds anything previously available to public safety, and FirstNet comes with multiple priority levels that first responders can allocate as needed. It’s putting public safety in the driver’s seat. They determine how to assign and manage the multiple priority levels – exactly what the public safety community asked for from their network.

All traffic to first responders on FirstNet receives priority regardless of its origin. That means it doesn’t matter if a first responder on FirstNet gets a call from someone on a commercial network or from another FirstNet device, their traffic always has priority on FirstNet. If commercial network providers don’t recognize and treat outside traffic coming into their public safety subscriber devices with a heightened level of priority, then that’s the choice they have made.

Nothing today is preventing commercial carriers from providing their public safety users with prioritized treatment on their network. They are their own barrier by choosing not to make the necessary investments to provide this support to public safety. And FirstNet, along with the public safety community, will not be fooled by their attempts to pull us into a race to the bottom where the lowest performing network becomes the operational default. We instead remain focused on driving innovation for FirstNet subscribers, making public safety’s vision a reality and resisting efforts to open up public safety’s network to new and greater security vulnerabilities.

Some commercial network providers are asking to interconnect the FirstNet network core with their own commercial core. Doing so would force the FirstNet network to “negotiate down,” reducing the level of service to FirstNet subscribers – all to accommodate such providers. Furthermore, creating this sub-par network interconnection would cause an unknown number of new, potential security vulnerabilities and points of failure that could hamper the reliability and resiliency of FirstNet. That’s why public safety demanded a single, nationwide and interoperable wireless broadband network.

Other carriers not only passed on public safety’s rigorous requirements by not submitting a bid to partner with the FirstNet Authority, they ignored the opportunity to lead public safety into a new era by implementing standards-based, mission critical wireless service. Rather than stepping up, their most recent disinformation campaigns seem designed to unwind all of the progress that has been made through the creation of FirstNet. They aren’t creating a network built specifically for public safety, by public safety as AT&T has done via its partnership with the FirstNet Authority. This is yet another example of why the quality assurance and federal government oversight that comes with FirstNet is so critical to ensuring what’s built for and delivered to public safety is done right.

Serving public safety is our mission.

We are America’s public safety partner. At AT&T, we have long been committed to serving the public safety community – we see it as both our obligation and honor. In fact, it pre-dates all of us, going back over 140 years when we made the first telephone call possible; reinforced over 50 years ago when we worked with the FCC to establish the technology and capability behind the 9-1-1 system; and a commitment we’ve only continued to strengthen with FirstNet.

Commercial networks were built to meet the broad needs of the general population. They aren’t designed – and are not subject to the rigorous level of oversight and accountability by the federal government – to properly handle the specific and niche demands of first responders. But FirstNet is – and it’s the better option for public safety.

FirstNet is the only interoperable communications platform dedicated to public safety– exactly what public safety demanded. And we’re delivering an experience second-to-none. It is available today and, as public safety’s communications needs evolve, it will continue to grow and advance for decades to come. After all, no connection is more important than one that save lives.