While the pandemic we’re in will one day end, it’s clear that many aspects of how we live our lives could change for good. In January, half a million people were using Zoom. By April, there were 13 million people doing that, and the UK population were spending a quarter of their waking day online.

Even if some of those changes are temporary, there’s no doubt that our economic and social future is going to be dependent on our digital one.

In May, BT announced a £12 billion investment in that future. We took the difficult decision to cancel our dividend to fund ‘full fibre’ broadband access for 20 million homes. 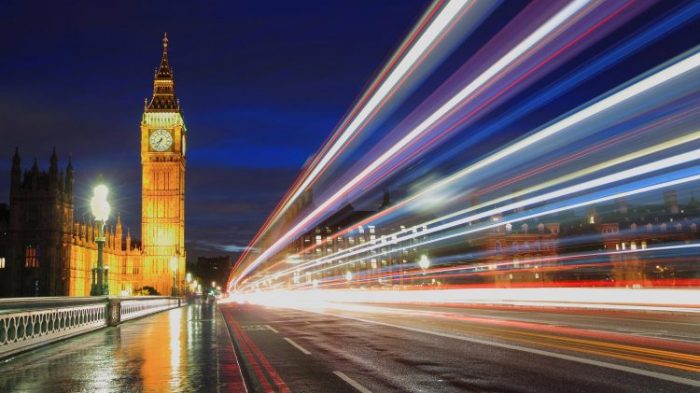 This followed the Government’s manifesto promise to bring full fibre and gigabit capable broadband to every home and business across the UK by 2025, and their own commitment of £5 billion to support those that Openreach, and other network builders, won’t without public support.

The Government’s ambition is the right one. Gigabit-capable broadband can fuel the long-term post-Covid economic recovery; maintain the UK’s competitive position post-Brexit; and ensure we are better prepared for any future lockdowns and pandemics.

Achieving that ambition, however, on that 2025 timescale, is going to be tough. For the 2025 target to be met, the number of premises passed by UK fibre builders would need to increase to 4.3 million every year: more than twice what it is at the moment. That won’t happen if we simply wait and see what the market delivers. It needs rapid action from government and regulators too.

We asked industry-leading analysts, Analysys Mason, to take a closer look at what the role of local and central Government should be.

They analysed all 1.7 million postcodes across the UK, and found that, on the current trajectory, full fibre coverage could reach only 70% of UK homes and businesses by 2025. Without policy interventions, the Government’s target may not be delivered until 2033.

At the same time, the report shows that through a concerted action plan Government can get things back on track.

We’ve identified seven key policy, legislative and fiscal enablers that, delivered together, could allow industry to bring the full fibre coverage up to 96% of all UK homes and businesses by 2025 and 100% by 2027.

Those same measures would reduce the overall cost of the build-out by some £9 billion, and would reduce the amount of public subsidy required – so that Government funding would be needed only for the final 15%.

The good news is that two of the seven are already work in progress, with a Government commitment to action. First, giving fibre builders access blocks of flats (legislation is already in train on this), and second making sure all new build houses have full fibre pre-installed. That’s great but it won’t be enough. We also need the other five:

1. Fair and equal access to infrastructure that is already in the ground, so fibre builders don’t have to keep digging up the road and people’s fields when they don’t have to. The rules allowing fibre builders to use gas, electricity and water infrastructure to lay fibre need to be revised, and their scope broadened. Currently they aren’t workable. The Government has issued a call for evidence, which is a welcome step towards this. We need to see legislation follow quickly.

2. Fibre builders need a subsidy scheme to recruit and on-board the thousands of new staff this effort will need at pace. Openreach alone have estimated they may need to recruit at least 13,000 new engineers. CityFibre have also announced they believe they are going to recruit 10,000 new staff. We think that any government support should be conditional on that subsidised workforce being deployed in areas where full fibre is needed most – rural, remote areas.

3. We need all local authorities to allow, as standard use, the latest digging technology that means that fibre can be laid quickly and efficiently, and that simple things, like laying fibre across the front of a terraced house (rather than having to dig up the street) are, as a matter of course, permitted in planning terms.

4. The rules for getting planning consent and agreements to access land need to be changed. The industry needs the same rights as utilities such as the water industry who have a statutory right to build across land. Right now, the process of getting access for network builders significantly slows down deployment.

5. We must end the situation where BT and Virgin are actively penalised for investing in fibre, because they have to pay higher business rates on a fibre connection than they do on an older, much slower, copper one. This has major implications for the wider business case for full fibre investment.

These are all simple, sensible and reasonable changes through which Government can empower industry to meet their full fibre ambition. It’s an ambition we share. The Analysys Mason research proves it can be done.