Home Apple Tech How Apple is Protecting Mangroves in Maharashtra 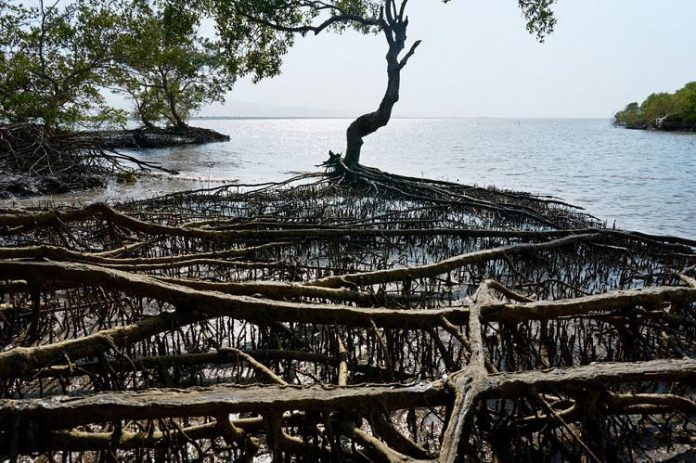 In the Raigad district, Alibaug connects Mumbai to a network of rivers branching off of the Arabian Sea. The coastal area is home to 21,000 hectares of mangrove forests, one of Earth’s most natural protectors against the impacts of climate change, which include unpredictable monsoons, rising tides, cyclones — or hurricanes — and even tsunamis, while also acting as carbon sinks that absorb CO2 from the atmosphere and store it in their soil, plants, and other sediment, known as blue carbon.

Applied Environmental Research Foundation (AERF) — awarded a grant by Apple in 2021 — is exploring the area with a plan to safeguard the future of these mangroves by creating alternative, sustainable industries in the local communities that cultivate and benefit from the biodiversity and resilience of the mangrove ecosystems. Conservation agreements will provide sustained support to village members in exchange for conserving the land and transitioning the local economy to one that relies on keeping the mangroves intact and healthy. 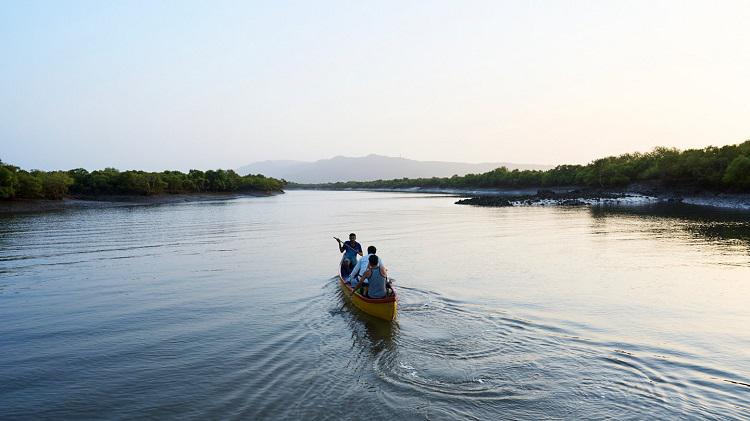 AERF will also apply learnings from Conservation International’s pilot blue carbon project in Cispatá, Colombia, launched in 2018.
“The fight against climate change is a fight for the communities around the world whose lives and livelihoods are most threatened by the crisis, and that’s where we’ve focused our work — from Colombia to Kenya to the Philippines,” says Lisa Jackson, Apple’s vice president of Environment, Policy, and Social Initiatives. “Our new partnership in India continues this momentum, helping a community benefit economically from the restoration of the mangrove forests that protect against the worst impacts of climate change.”

Archana Godbole, director of AERF, has loved nature since her childhood. “Plants are a representation of age and time,” she says. “And trees represent patience. They are silent spectators of time — the more I studied them and understood them, the more they humbled me. My experiences instilled in me that I want to work for conservation and save trees and forests.”

Godbole, a trained plant taxonomist, has specialized in community-based conservation for the last 30 years. In Raigad, AERF is pursuing conservation agreements with communities that have lost their crops and fertile agricultural fields due to saltwater intrusion and the destruction of human-made dykes.

“People here and their forefathers were farmers, and suddenly the ocean came to their doorstep,” Godbole says. “But people learned new skills and coped with their new situation. Now that we all know mangroves are important for climate change and sequestering carbon, we’re very happy to have reached this place and are trying to collaborate with the people here to see how mangroves will bring more benefits to them. We’re hopeful that deep connection with the land and mangroves will be established in their minds.”

Karanjveera is a small inland village home to many farmers and fishermen — whose catch typically includes crabs and small shrimp — and their families. Namdev Waitaram More is a village elder and expert on traditional fishing methods. At 75 years old, he has lived peacefully alongside mangroves his entire life, and respects their protective qualities that have kept salt water from entering their paddy fields.

More and his cousin are now helping connect other community members with AERF to discuss salt marsh and mangrove conservation in the village. “Mangroves act like a sponge,” he says. “The people are connected with the mangroves here. If they are gone, our dykes will go, and our paddy fields will also go. Because we’re connected through our food, our dykes, and our mangroves, we are surviving.”

Usha Thakur, a farmer from Hashiware village, where the agricultural land has been completely submerged, signed one of the first conservation agreements with AERF to protect the mangroves that now cover the area.

Usha and her son, Tushar Thakur, are farmers from Hashiware, a village along the Amba river whose agricultural land has been submerged in salt water since the local dyke broke in 1990. The land is now its own mangrove forest, but remnants of the past sprinkle the area, as abandoned homes spring out of the muddy waters a few meters from the river’s bank. Thakur was one of the first village members to sign a conservation agreement with AERF to protect the mangroves.

Since 1996, mangroves have covered the agricultural land that once belonged to farmers in Hashiware.

”With our work and awareness around the importance of mangroves,” AERF’s Godbole explains, “and opportunities to create sustainable income-generating activities, we’ve provided hope to the coastal communities in Raigad.”

The power of mangroves to protect India’s coastal villages has been recently demonstrated. After a massive undersea earthquake in Indonesia triggered a series of tsunamis that impacted India’s east coast in 2004, people realized mangroves were the communities’ silent guardians, absorbing the shock of the immense waves and protecting the villages that lay beyond. Over the last few years, the region has seen more-frequent strong cyclones, including Nisarga in 2020 and Tauktae in 2021. In Raigad, families in the villages are working to protect the mangroves and, in turn, their own well-being and livelihoods.

Fisherman Mangesh Patil is from Ganesh Patti, a village that became completely submerged after a local dyke broke due to increasing high tides. Still, he returns to his childhood home: “This is our birthplace,” he says. “We were happy here. So we’ll keep coming here.”

In the village of Ganesh Patti, farmers agreed to maintain their respective portions of the dyke that separate agricultural land from mangroves and the banks of the river. But individual maintenance was not enough. According to local fisherman Mangesh Patil, whose home now stands hollow and surrounded by mangroves, strong waves and increasingly high tides led to its gradual destruction.
But for everyone in the vanished village, it seemed to happen overnight.

“While we were sleeping,” Patil says, “there was a high tide happening, and suddenly the water came in and our mattresses got drenched with water. In the morning, we realized the entire village had been submerged.”

As the water receded, families registered the loss of their land and livelihood — they knew they’d have to start from scratch. After relocating to a nearby village, many people, including Patil and his brother, decided to continue visiting their old homes, returning to their local Hindu temple, and fishing and crab hunting in the waters of their childhood.

“Man should learn to survive in whatever situation nature has given him,” Patil says. “That is what we’ve been doing, and now there is a linkage between us and these mangroves. This is our birthplace — we were happy here. So we’ll keep coming here.”

As part of Apple’s grant to AERF, local village members will receive portable bio-stoves, providing an alternative cooking source that does not require firewood traditionally derived from mangroves.
In addition to funding conservation agreements with the local villages, Apple’s grant is supporting the purchase and distribution of portable bio-stoves that allow people to cook without cutting down mangroves for firewood.

Bhavik Patil, a local fisherman from Pen Vashi, grew up playing in the mangroves, and today hunts for crabs and fish in the muddy waters.

Bhavik Patil, a local fisherman and expert in mangrove-based livelihood activity from Pen Vashi, has helped AERF navigate discussions in villages throughout Raigad. Born into a family of fishermen, Patil recalls his childhood, when his parents would tie a swing to the mangrove trees for him and his brothers to play on when they went out into the river. Today, in addition to fishing and crab hunting, he is one of many negotiating with members of their villages — including Mothe Bhal and Vithalwadi — to conserve and sustainably use the mangroves. To aid in conservation, he and his counterparts ask them to collect dried branches that have already fallen off the trees.

Jayant Sarnaik, a co-founder of the Applied Environmental Research Foundation, is hopeful that recent climate events in the Raigad district have shown people in the local villages the importance of protecting the mangroves that live among them.

For the members of AERF, protecting mangroves is more than a job — it is their passion. Godbole and co-founder Jayant Sarnaik launched the organization 27 years ago, and they have continued their mission to achieve conservation through people’s participation on the ground.

“Building resilience against climate change is a continuous process for the communities living in proximity to the sea,” says AERF’s Sarnaik. “Since these communities have been living on the coast for a very long time, they understand the ocean and its relationship with climate very well. Climate change for them is not a new phenomenon; however, they have experienced drastic changes over the last five to 10 years. The recent cyclones have sensitized these people about the importance of mangroves as the most robust natural defense against such calamities. It also awakened interest in the conscience of the broader community about mangroves.”

As Godbole describes, the future looks promising. “To collaborate with Apple and Conservation International is a great opportunity to explore how mangrove conservation and community benefits can go hand in hand,” she says. “Though mangrove conservation issues are diverse and different in each place, here in our project area, opportunities are also many. Training our young, enthusiastic team as well as local communities for blue carbon will surely help us travel a long way to achieve mangrove conservation in this vibrant coastal area along the Arabian Sea.”