Honor, the sub brand of Huawei will be launching the Honor 8X in India on the 16th of October 2018. Continuing its endeavor to connect with users in the mid-range mobile segment, Honor Mobiles has come up with Honor 8X which comes with the new CPU Kirin 710.

The Kirin 710 is an octa-core SoC processor with a 2.2GHz processing speed, thus delivering an affordable yet fast processing smartphone.

Honor 8X’s is powered Mali G51 MP4 and enhanced with revolutionary GPU Turbo Technology- a ground-breaking graphics processing acceleration technology that optimizes the mobile gaming experience It increase the graphic by 60% and reduce the power consumption by 30%. Together with the new Kirin 710 SoC and Mali G51 MP4 GPU the performance increased by 130% compared to previous generation.

Honor 8X EMUI 8.2 and Android Oreo 8.1 out of the box keeps the system running smoothly optimized by AI for each user by streamlining the user interface which simplifies the phone setup. Honor 8X’s battery has a capacity of 3750mAh, which can last for more than one day on a single charge. It also adopts Intelligent Power Saving technology — increasing the battery life by 33%.

Huawei, has emerged as one of the fastest growing smartphone brands in India as per the IDC Q2 2018 report released on August 13, 2018. Continuing its focus to capture the imagination of smartphone users, Honor with its India-first-approach registered an unprecedented growth of 281% in 2018 H1 compared to 2017 H2. 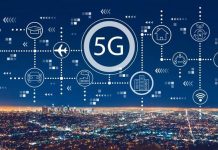