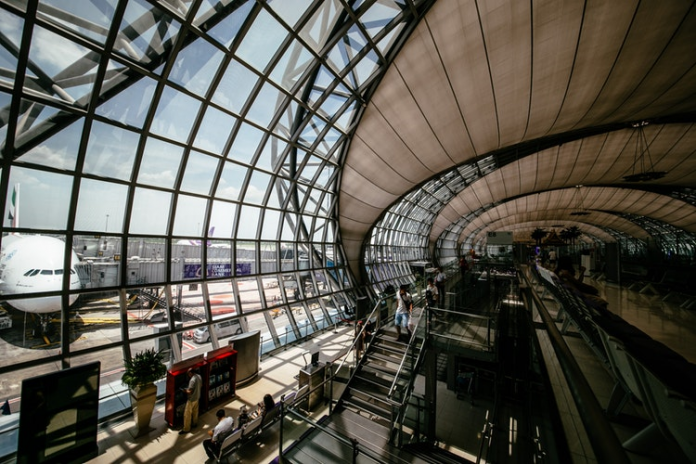 Homeland Security relies on some of the most advanced technologies to keep US citizens safe from both digital and physical attacks.

Over the years, it has implemented massive undertakings such as face-scanners in the US-Mexico border. Among the many exceptional homeland security solutions out there, the latest one promises to increase aircraft passenger safety.

This is a real-time system that would make use of a complex algorithm and parameters unknown to civilians to identify the “bad guys” before they can cause any harm. Sounds a bit familiar? Well, that’s exactly what the controversial technology did in the movie Minority Report.

The comparison is apt because the software makes a judgement call. It’s not like the algorithm checks the criminal database because such systems are already in place. It instead predicts the behavior of passengers based on unknown data points.

This initially will be a supplementary system that would work in the background of other security systems to assess individual passengers. After the initial test run, Homeland Security plans to integrate this system into their Global Travel Assessment System or GTAS, a system used by border forces and customs officers to conduct criminal background checks.

The technology has its critics and concerns are being raised about the effectiveness and transparency of such a system. Mainly because it’s an automated system that finds “dangerous passengers” without clearly laying out the rules of what makes a passenger dangerous. However, the contract signed by DataRobot stipulates that the software needs to function by collecting ticket booking and demographic data. Travel itinerary and travel agent data may also be collected.

On a more positive note, this predictive system may usher in a faster travel experience for passengers. Without human intervention, the system would be able to process customer data much faster than a human operator. At present, the efficiency of security checkpoints at the airport depends a lot on TSA operatives.

Right from checking boarding passes to X-ray scanning passenger luggage. Thanks to their need for human intervention these existing systems are slow and are susceptible to human errors. As passenger numbers increase globally, automated systems that use machine learning might be the only way forward.

The system also promises to reduce the instances of unfair human judgment. For example, people with certain ethnic backgrounds will no longer be unnecessarily hassled just because they chose to dress a certain way.

Among the many things the software has to achieve, it needs to process false positive data to continually evolve and become more accurate. If successful, other countries may soon decide to implement or invest in developing such a system which promises to make international travel much smoother and faster.

Predictions 2020 | Rise of 5G | Entertainment in Cars | Focus on Privacy