Notably, its gross profit margin rose by 29 per cent from VNĐ463 billion to VNĐ1.23 trillion in the quarter. Additionally, its management board approved its plan to list on the Unlisted Public Company Market (UPCoM).

The company, with VNĐ50 trillion in total assets, will trade nearly 2.24 million shares on UPCoM.

Starting its overseas investment activities since 2006, Viettel Global has nine international markets, including Cambodia, Laos, East Timor and Mozambique, as well as Cameroon, Tanzania, Burundi and Myanmar. Of these, Mytel – a subsidiary in Myanmar, was granted a licence for trading of information and technology services earlier this year. It is expected to begin operation in the beginning of next year.

Currently, Viettel’s profit from overseas investment mainly comes from Viettel Global and Viettel Peru (Bitel) – its 10th foreign market. Peru’s regulations and laws stipulate that the parent group, Viettel, has to be the direct owner of Bitel.

It is important to note that in the first half of the year, Bitel brought the highest profit from overseas investment to Viettel, accounting for 40 per cent of the group’s total profit.

Viettel has held the leading position in 5 out of 10 foreign markets in terms of market share. All of its foreign markets reported a profit after three years of operation. The number of Viettel’s mobile phone subscribers was more than 35 million in overseas markets, among its total 100 million ones.

Viettel was also listed in the top 30 IT groups with the largest number of customers in the world, thanks to the expansion of investment to foreign countries. 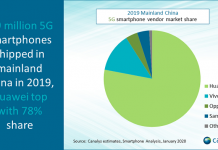