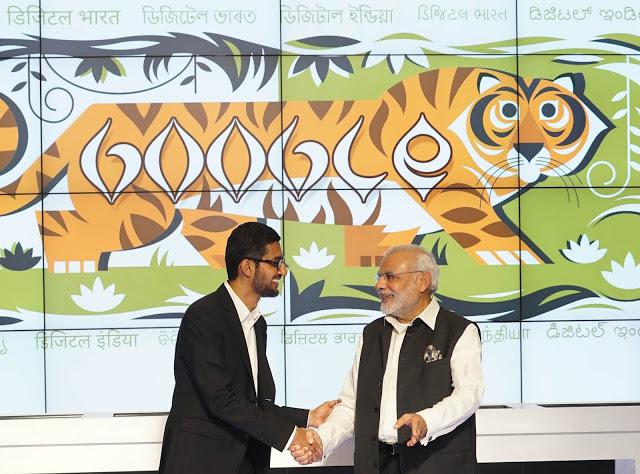 Aligning itself with the government of India’s push towards digital enablement, Google has announced that it is teaming up with Indian Railways and RailTel in order to power high-speed public Wi-Fi connectivity at 400 train stations across India. 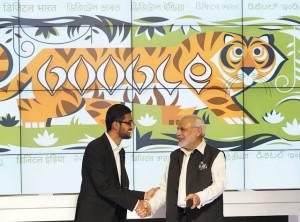 This was announced during the Prime Minister Narendra Modi’s visit at the ‘Googleplex’ – Google’s headquarters.

Announcing this in a blog post “Bringing the Internet to more Indians—starting with 10 million rail passengers a day”, Sundar Pichai, CEO, Google said, “We’d like to help get these next billion Indians online—so they can access the entire web, and all of its information and opportunity. And not just with any old connection—with fast broadband so they can experience the best of the web. That’s why, today, on the occasion of Indian Prime Minister Narendra Modi’s visit to our U.S. headquarters, and in line with his Digital India initiative, we announced a new project to provide high-speed public Wi-Fi in 400 train stations across India.” 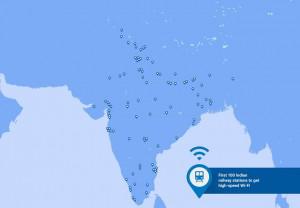 Working with Indian Railways, which operates one of the world’s largest railway networks, and RailTel, which provides Internet services as RailWire via its extensive fiber network along many of these railway lines, our Access & Energy team plans to bring the first stations online in the coming months.

The network will expand quickly to cover 100 of the busiest stations in India before the end of 2016, with the remaining stations following in quick succession.

“Even with just the first 100 stations online, this project will make Wi-Fi available for the more than 10 million people who pass through every day. This will rank it as the largest public Wi-Fi project in India, and among the largest in the world, by number of potential users. It will also be fast—many times faster than what most people in India have access to today, allowing travelers to stream a high definition video while they’re waiting, research their destination, or download some videos, a book or a new game for the journey ahead. Best of all, the service will be free to start, with the long-term goal of making it self-sustainable to allow for expansion to more stations and other places, with RailTel and more partners, in the future.” He added.