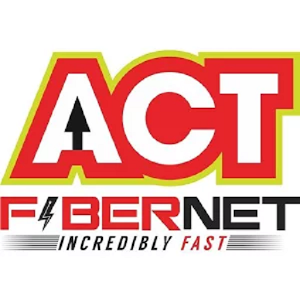 Launched in the presence of Priyank Kharge, Minister of IT, Bio Technology, Science & Technology and Tourism, Government of Karnataka, ACT Fibernet has now GIGA powered two Indian cities in 2017.

Bengaluru, popularly known as the silicon city of India and rated as one of the world’s top high-tech city, has an incessant demand for high-internet broadband speed.

ACT Fibernet’s 1 Gbps broadband speed will amplify internet speeds and provide an incredible internet experience to the residents of the city. This move will further place Bengaluru in the league of select cities in the world that can boast of such futuristic technology.

With future ready technology and extensive fiber broadband connectivity, we believe we are a disruptor in the Indian broadband industry and have successfully set a benchmark for several other players.

Speaking on the launch Bala Malladi, CEO, Atria Convergence Technologies Pvt. Ltd said, “With the success of 1Gbps in Hyderabad, I am extremely happy to extend our services to Bengaluru. Known as the tech capital of India, we realised the city needs cutting edge/ futuristic internet technology to accelerate its development. We therefore, ramped up our network with Giga technology and will now provide full coverage for individual home and corporate organisation. I am confident that as we keep introducing such advanced technology across cities we will soon witness a societal transformation.”

Speaking at the launch, Honourable Minister Priyank Kharge, Minister of IT, Bio Technology, Science & Technology and Tourism, Government of Karnataka said, “Bengaluru has been announced as the city that is most adaptable to digital change and has always been in the forefront of technology and innovation. It is a matter of pride that ACT Fibernet being a Bengaluru founded start up, has become pioneer in India to introduce 1 Gbps broadband connectivity in the country and by launching this in Bengaluru today, it would only further enable us to digitize the entire city and supplement the Government of Karnataka’s Vision along with India’s vision to be leader in the digital economy. With the launch of 1 Gbps Internet in the technology capital of India, it further strengthens Bengaluru’s position as a true Global City. I wish the very best to ACT Fibernet and I’m sure they will play a very important role in the Internet industry of India.”

At the event, Honourable Minister Priyank Kharge, Minister of IT, Bio Technology, Science & Technology and Tourism, Government of Karnataka and Bala Malladi, CEO, Atria Convergence Technologies Pvt. Ltd jointly announced to make Vidhana Soudha one of the first to be powered with 1Gbps speed connectivity.

As a part of the launch, ACT Fibernet is introducing curated broadband plans for retail and SME (Small Medium Enterprise) customers. Under retail, ACT GIGA plan will offer 1 Gbps broadband speed with 1250 GB FUP upload and 1250 Gb FUP Download at Rs.5999 only. In addition, customers who opt for the broadband plan for a period of 6 months can avail one-month free subscription and for 12 months avail two- months free subscription. Further, if an existing customer is upgrading the current broadband plan to Giga plan installation cost is only Rs.2500 and for new customers installation charges is Rs.5000 only.

Similarly, under SME (Small Medium Enterprise), ACT Fibernet has introduced a new plan ACT SME GIGA Plus at INR 15,000, while ACT SME Exceptional Plus and ACT SME Phenomenal Plus will be upgraded to 1 Gbps speeds in the near future.