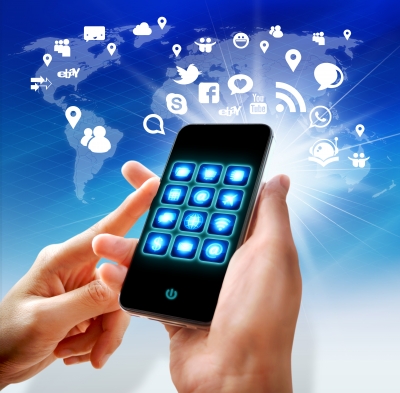 Global research major Gartner says that Smartphones accounted for 57.6 percent of total sales in fourth quarter of 2013, as the sales of Android driven phones approach the magical one billion mark in 2014.

With a 166.8 percent increase in the fourth quarter of 2013, India exhibited the highest smartphone sales growth among the countries tracked by Gartner, and Latin America saw the strongest growth among all regions (96.1 percent) in the fourth quarter. China also contributed significantly to worldwide smartphone sales as sales grew 86.3 percent in 2013.

Samsung: While Samsung’s smartphone share was up in 2013 it slightly fell by 1.6 percentage points in the fourth quarter of 2013. This was mainly due to a saturated high-end smartphone market in developed regions. It remains critical for Samsung to continue to build on its technology leadership at the high end. Samsung will also need to build a clearer value proposition around its midrange smartphones, defining simpler user interfaces, pushing the right features as well as seizing the opportunity of bringing innovations to stand out beyond price in this growing segment.

Apple: Strong sales of the iPhone 5s and continued strong demand for the 4s in emerging markets helped Apple see record sales of 50.2 million smartphones in the fourth quarter of 2013.

“However, Apple’s share in smartphone declined both in the fourth quarter of 2013 and in 2013, but growth in sales helped to raise share in the overall mobile phone market,” said Mr. Gupta. “With Apple adding NTT DOCOMO in Japan for the first time in September 2013 and signing a deal with China Mobile during the quarter, we are already seeing an increased growth in the Japanese market and we should see the impact of the last deal in the first quarter of 2014.”

Huawei: Huawei smartphone sales grew 85.3 percent in the fourth quarter of 2013 to maintain the No. 3 spot year over year. Huawei has moved quickly to align its organization to focus on the global market. Huawei’s overseas expansion delivered strong results in the fourth quarter of 2013, with growth in the Middle East and Africa, Asia/Pacific, Latin America and Europe.

Lenovo: Lenovo saw smartphone sales in 2013 increase by 102.3 percent and by 63.1 percent in the fourth quarter of 2013. Lenovo’s Motorola acquisition from Google will give Lenovo an opportunity to expand within the Americas.

“The acquisition will also provide Lenovo with patent protection and allow it to expand rapidly across the global market,” said Mr. Gupta. “We believe this deal is not just about entering into the U.S., but more about stepping out of China.”

Gartner expects smartphones to continue to drive overall sales in 2014 and an increasing number of manufacturers will realign their portfolios to focus on the low-cost smartphone sector. Sales of high-end smartphones will slow as increasing sales of low- and mid-price smartphones in high-growth emerging markets will shift the product mix to lower-end devices. This will lead to a decline in average selling price and a slowdown in revenue growth.

In the smartphone OS market, Android’s share grew 12 percentage points to reach 78.4 percent in 2013 (see Table 3). The Android platform will continue to benefit from this, with sales of Android phones in 2014 approaching the billion mark.

Why Andar Bahar Is One Of The Best Card Games