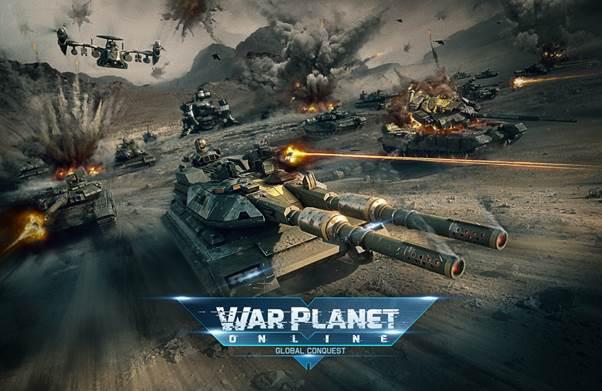 When the entire world is at war, bold generals rise to the challenge and lead their armies towards Global Conquest. The time has come for you to strike! Do you have what it takes? Build your base, dominate your region and lead your alliance to conquer the globe!

You are a lone military force in a world completely engulfed by war. But you are destined to rise up and conquer it all! So build a mighty base, gather strong allies, and launch a global assault in the most explosive MMO real time strategy game!

•Immerse yourself in a world where thousands of real players struggle for dominance 24/7.

•Talk to your allies (and taunt your enemies) in the Global Chat, or plot your next attack in private Alliance Chat.

•Build your forces from units based on actual modern war machines including armored tanks, lightning fast jets, long range artillery and much more!

•March your army across a faithfully recreated World Map.

•Utilize cunning strategies to strike your enemies where and when they least expect it.

•Call on Allies for reinforcements to overcome any obstacle!

•Customize your base to create an impenetrable fortress that will crush any invasion.

• Recruit skilled commanders that specialize in various types of operations.

•Forge a massive Alliance with other players and coordinate amazing feats of strategy together.

What are you waiting for? The world needs a general like you to dominate and win this war.

Leader in the development and publishing of mobile games, Gameloft® has established itself as one of the top innovators in its field since 2000.

Gameloft creates games for all digital platforms and with an audience of 140 million monthly users offers via Gameloft Advertising Solutions a unique level of visibility and involvement to advertisers.

How to Write an Opinion Essay

What you need to know about football betting