At a time when carriers are used to subsidizing handsets for manufacturers, software is now primed to subsidize the very hardware it is loaded onto in the near future. In the maturing smartphone market, hardware has become commoditized. AMGOO, a Chinese handset player with presence in Central America and Sri Lanka has talked about this in its latest blog.

With the smartphone having successfully integrated the best functions of other technologies and rendered its hardware obsolete, more and more manufacturers have turned to the mobile industry in an effort to keep their doors open for business.

This shift has led to price wars that have pushed the price of a smartphone down by manufacturers that have relied on increasingly thinner margins, until one day, when there’s no margin left to be had, and software takes center stage.

Coupled with this the fact that there hasn’t been any game changing innovation in the hardware scene as of late has left many wondering about their future in the mobile market. High-end smartphone giants like Apple potentially stand to lose the most. With a big chunk of Apple’s revenue coming from its mobile division, the notion of subsidized hardware will have a massive impact on how they go about their business.

Granted, their integrated software store, iTunes, will go some way to add relief to their cause, but this is a mere drop of water in the ocean of what they stand to lose once hardware goes on the back burner. Will it provide users with enough value to keep them from switching to an open-source platform that all manufacturers can make their own and which offers greater access to more customizable devices?

The subsidization of hardware will indeed be a turning point for many companies and they will have to adapt their strategies to meet this impending reality head on. Manufacturers will need to provide customers with greater software choices that not only plays on and maximizes what its current hardware is capable of doing but also increases the overall pleasure of the user experience as soon as it is switched on.

Software is set to become the selling point of devices and revenue will be driven by app sales and advertising. The hardware market has stagnated somewhat, everyone has caught up, and the going will be tough for those who don’t prepare for the wave of change.

This change will, however, help to revolutionize innovation in the hardware scene once the balance has been restored. Software and hardware are a complete package and delivering it effectively will be more crucial than ever as like with love and marriage, you simply can’t have one without the other. 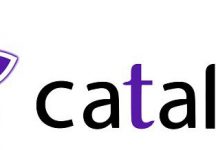