Home 5G Future of Gaming: How 5G will drive video streaming and esports 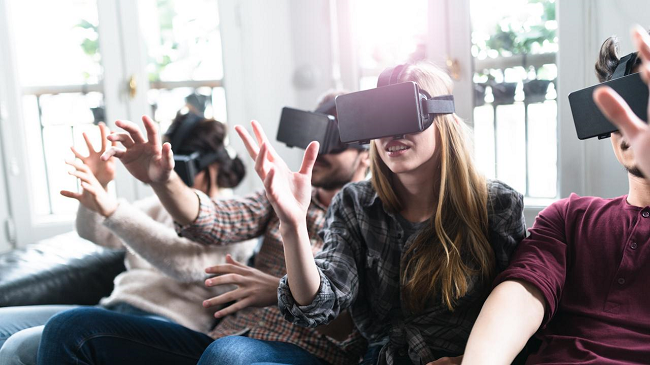 The streaming multi-user games and esports of tomorrow will be remade by next-generation network technology.

Rolling out the next generation in wireless connectivity is serious work—but occasionally it’s fun and games. From “Pong” all the way to the latest multiplayer craze, the $138 billion gaming and esports industry has reached a turning point. But the new killer app isn’t a sleek controller or console. It’s a network.

Verizon 5G Ultra Wideband is poised to fundamentally alter the gaming and esports landscape, with ultra-fast network speeds and minimal latencies. These conditions will help allow developers to rewrite the rules for eye-popping, graphics-rich multiplayer action.

And whether it’s on a 4K television, a laptop or a mobile device, 5G will deliver an experience that will blow users away.

Ensuring the network is prepared to deliver these heightened experiences is serious work, however, and Verizon is uniquely suited to tackle it. Here’s how Verizon 5G Ultra Wideband will help push gaming and esports to the next level.

Making lag less of a drag

Lag describes the delay between the time a user initiates a command and a computer program follows through on it. In the context of online gaming, lag can stop a hot gamer cold in their tracks.

Behind the scenes, lag is a symptom of high network latency, meaning data is moving too slowly for the game to accurately reflect user inputs. In the world of online gaming, if graphics and sounds are traveling enormous distances between the game’s server and a player’s setup, it can result in choppy, stuttering, uneven play.

A number of factors impact latency, including processing speed and network bandwidth. In coming years, as more and more devices send and receive information, competition for bandwidth will only intensify. And as augmented and virtual reality games become more popular, minimizing latency and syncing media with the physical movements of the wearer will be critical. That’s why a robust network like Verizon 5G Ultra Wideband is essential.

“Minimizing latency is how you take gaming to the next level,” says Ronan Dunne, Executive Vice President and Group President, Verizon Wireless. “Getting your retaliation in first in a gaming app is all that matters.”

The meteoric rise of esports—multiplayer gaming competitions with massive online and television audiences—has elevated gaming to the realm of professional athletics. In 2016, Goldman Sachs valued the esports market at $500 million, with a forecast of 22% annual growth over the next three years, eventually transforming it into a $1 billion opportunity. BI Intelligence estimates that approximately 300 million people worldwide watch esports, and by 2020, that number should approach 500 million.

Like the forward pass in football or the first baseball game played under the lights, 5G represents a potential breakthrough for esports. Traditional athletics have had their ah-ha moments—points where the pastime became the national obsession. For 5G-powered competitive gaming, that time may be near.

That’s because over 5G, gaming hardware doesn’t require as much processing power. With Verizon 5G Ultra Wideband, processing can happen closer to the user, reducing the time required for a piece of data to be crunched or a heavyweight file to be uploaded. In effect, this “edge computing” concept shortens the distance that data has to travel. This can profoundly reduce the network latency associated with giant, centralized servers—i.e., the cloud.

Dedicated hardware like consoles and controllers will shrink, or maybe disappear outright. Gamers will play the same game on any device—tablet, smartphone, laptop—with no lapses in quality. Eventually, cloud-based subscription models (think Netflix for video games) will overtake the console, a shift that media have described as “the last frontier of consumer cloud services.”

The future of 5G video gaming

LiquidSky, a virtualization firm and partner in Verizon’s 5G Lab in New York City, is already planning for that future, successfully streaming games at more than 100 frames per second with imperceptible lag times. In controlled experiments, they’ve seen a 10x improvement in latency and jitter since connecting to Verizon’s 5G node, and that’s just the tip of the iceberg.

“We enable you to use any app or any game on any device,” founder and CEO Ian McLoughlin says of LiquidSky’s mission. “You don’t buy a game console; you don’t buy a PC. You just stream it. High bandwidth and low latency are incredibly important in what we do. Verizon has helped us accelerate both of those things dramatically.”

That means more variety for gamers and more freedom for engineers, who will no longer be confined by the limitations of their platform’s hardware.

“For their entire careers, developers have had to work within those constraints,” says Cat Schmitz, a Verizon 5G Ecosystems Open Innovation team member. “They’ve always had to optimize, to decide what’s really important and then take out the rest. On a 5G network, they don’t have to do that. We’ve given them the opportunity to reverse their thought process.”