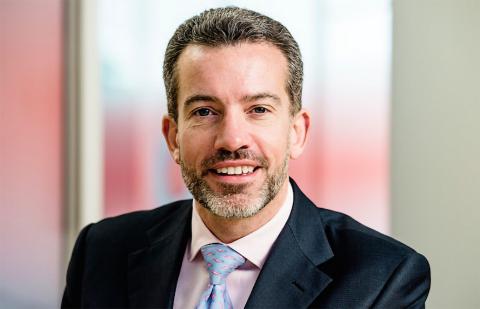 Frontier Communications Corporation has announced that it intends to appoint Nick Jeffery as the Company’s next President and Chief Executive Officer, effective March 1, 2021, following the expiration of his notice period with Vodafone UK.

Mr. Jeffery will succeed Bernie Han, who will step down as President and Chief Executive Officer on March 1, 2021. Mr. Han will remain on the Company’s Board of Directors (the “Board”) and guide the CEO transition until emergence from Chapter 11, at which point Mr. Jeffery will join the Board.

In connection with Frontier’s Restructuring Support Agreement, a search committee was formed consisting of four individuals, including two individuals designated by the Company’s noteholders and two current Frontier Board members, to evaluate the Company’s leadership needs including a potential CEO succession process. Following a comprehensive review of both internal and external candidates, and with the assistance of a leading executive search firm and two additional noteholder representatives, the search committee recommended and the Board unanimously voted its intent to appoint Mr. Jeffery as the Company’s next CEO.

Mr. Jeffery brings nearly 30 years of operational expertise and leadership in the telecommunications industry. Most recently, he served as CEO of Vodafone UK, a leading wireless and wireline operator, overseeing one of Vodafone Group Plc’s largest businesses through a successful four-year customer-centric turnaround and transformation. During his tenure, Vodafone UK returned to revenue and market share growth and achieved improvements to its net promoter score, churn and wider customer and employee satisfaction. Vodafone UK also reduced its operating expenses, delivered significant EBITDA growth, increased its free cash flow and became the fastest growing home broadband provider in the UK. Mr. Jeffery also spent over a decade at Cable & Wireless, one of the world’s largest wireline companies, where he led the UK and international markets business units.

Robert Schriesheim, Chairman of the Finance Committee of the Board, stated, “We are pleased to commence the next phase in our ongoing transformation as we prepare for emergence from Chapter 11 by announcing our intent to name Nick Jeffery as our next CEO.

As part of a leadership transition, we previously announced that John Stratton would be named Executive Chairman upon emergence from Chapter 11. Concurrently, the search committee was already fully engaged in evaluating the management needs of Frontier. We are now at a point of natural evolution in our transformation and, following a rigorous process, the search committee concluded that Nick is the right CEO to lead Frontier through its next phase of investment and profitable growth. On behalf of the Finance Committee and Board, I want to thank Bernie for his leadership in executing Frontier’s operational turnaround while managing the unprecedented challenges of the COVID-19 pandemic. Bernie has demonstrated his world-class skills as a CEO operator, managing large-scale complexity with a relentless focus on driving performance and emphasizing accountability. His contributions have helped to reposition Frontier as a stronger, more resilient business, and we appreciate his willingness to guide the CEO transition and remain on the Board through transition.”

John Stratton, incoming Executive Chairman of Frontier’s Board upon emergence, commented, “Since becoming a Board Observer of Frontier in May 2020, I’ve developed strong confidence that the Company can emerge as one of the nation’s leading broadband providers in the markets it serves. Our search process identified Nick Jeffery as the ideal CEO to take Frontier to the next level. Throughout his career, he’s demonstrated a keen ability to revitalize the organizations he leads, delivering operational and financial improvement while relentlessly focusing on the needs of his customers. These skills will be critical on Frontier’s path to drive operational efficiency, deliver an exceptional customer experience and achieve profitable growth. I look forward to collaborating with Nick as I assume my duties as Executive Chairman.”

Mr. Jeffery stated, “I am honored to be appointed Frontier’s next CEO, and I am excited to lead the Company in its next phase. Frontier owns a unique set of assets and maintains a competitive market position. My immediate focus will be on serving our customers as we enhance the network through investments in our existing footprint and in adjacent markets while building operational excellence across the organization. I am committed to delivering world-class customer service. I look forward to speaking and meeting with our employees while working with Bernie, the Board and leadership team to ensure a seamless transition.”

Mr. Han stated, “It has been an incredible experience leading Frontier. Throughout the challenges over the last year, our Frontier colleagues have continued to support one another and our customers, and through their commitment, we have made substantial progress strengthening Frontier’s financial and operational position. There is still important work to do in unlocking Frontier’s full potential, and I am excited to facilitate the transition and pass the CEO baton to someone with Nick’s outstanding track record. I want to again thank the entire Frontier team for their support as we see the chapter 11 process through to completion.”

Progress Made During Financial Restructuring

Mr. Schriesheim concluded, “The Frontier team has made significant strides in the last year moving beyond the Finance Committee’s initial focus on recapitalizing the balance sheet to a more holistic transformation. Upon emergence, the Company will be on track to achieve the operational, strategic and financial objectives established by the Finance Committee while ensuring a seamless leadership transition. On behalf of the Finance Committee and the entire Board, we look forward to completing the financial restructuring and emerging from chapter 11 in early 2021.”

Following a reconstitution of the Finance Committee in June 2019, Bernie Han was named CEO in December 2019 to stabilize and turnaround Frontier’s operational performance while supporting the Committee’s focus on strategically repositioning the Company for the long-term. Since that time, Frontier has been moving through a large-scale transformation focused on four pillars:

Recapitalizing the balance sheet, which upon emergence, will result in significant financial flexibility with a reduction in debt by approximately $11 billion and in annual interest expense by $1 billion. This will lead to a pro forma debt/EBITDA ratio of under 2.5x;
Stabilizing and transforming operating performance, including significantly reduced churn leading to the Company’s 5th straight quarter of positive consumer fiber broadband net adds and improved Wholesale and Enterprise operations, as Frontier continues to be on track to deliver over $400 million in annual EBITDA improvements by 2022;

Repositioning the Company to become a fiber-based provider with the FTTH (fiber-to-the-home) program underway; and
Recruiting a world-class team to lead the Company forward under its new owners post emergence.

As previously announced, Frontier has received regulatory approvals, or favorable determinations, to emerge from Chapter 11 from 12 states: Arizona, Georgia, Illinois, Minnesota, Mississippi, Nebraska, Nevada, New York, South Carolina, Texas, Utah and Virginia. Frontier is making progress on securing the remaining regulatory approvals and, once the regulatory process is concluded, the Company expects to promptly complete the transactions contemplated under its previously confirmed Plan of Reorganization and emerge from Chapter 11 in early 2021.