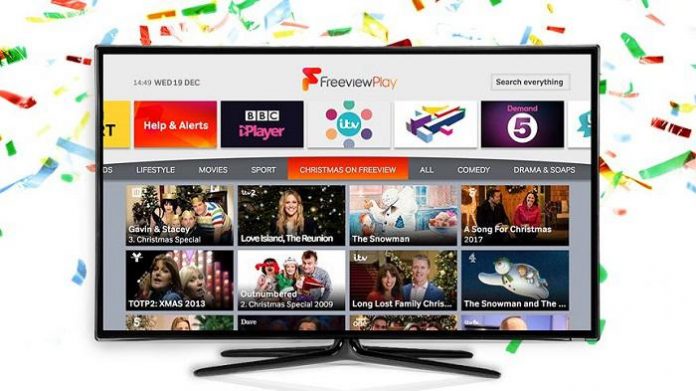 Freeview and Digital UK have announced that the total number of Freeview Play devices sold in the UK has now surpassed five million.

Freeview Play was launched in 2015 to provide viewers of the UK’s favourite television platform with access to the best in live, catch up and on-demand programming.

Freeview has also revealed that over three million of these devices are being used by active users. Freeview Play active users are predicted to surpass four million in the third quarter of 2019, making it the UK’s fastest growing TV platform.

Earlier this month, Freeview Play viewers became the first to receive catch up and on demand content from the CBS UK Channel Portfolio, through two new players; Horror Bites and CBS Catchup Channels UK. In January the platform will launch its Mobile App, offering catch up and live TV on the go. Further manufacturer and content announcements are due early next year.

Jonathan Thompson, CEO, Digital UK, explained, “Three million active users in three years demonstrates that collaboration can work for industry and viewers. With the launch of our Mobile App, new device and content partners, it’s looking like a very promising 2019.”

Technical development of Freeview Play, including product specification, is being led by Digital UK.

How Ericsson is leveraging value of edge network opportunities