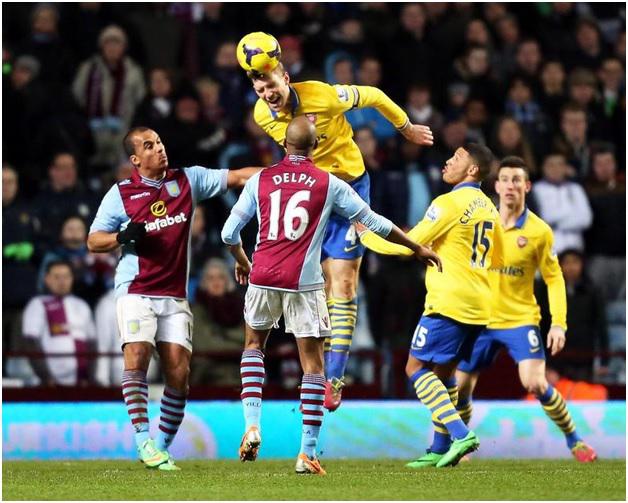 If you took the best bits of fantasy football, football trading and football gambling, put them all into a container and shook it up, what would flow out would be Footstock.

A Cologne, Germany-based company, Footstock boasts that it is where player trading meets fantasy football. Footstock users are able to build and shape a collection of football stars by buying and selling players on the Footstock market. Once they’ve assembled their side, then they can use their collection to win cash prizes in fantasy football contests against other users of the program.

Launched in 2019, the Footstock app builds its entire product line around the English Premier League. All players on offer through the Footstock platform are either current EPL players, or those who played for EPL sides last season.

Former EPL player and current broadcaster Chris Kamara is on board as brand ambassador for Footstock.

How It All Works

There’s a wonderful mix of high tech and old school at work in the Footstock app. After registering with Footstock, players are presented with a home page that provides the player’s account balance in the top right-hand corner and a dropdown menu of options along the left side.

Here, along with the general account settings, users can access the rules of the game and their personal transaction history on the site.

“Platforms like Footstock give audiences a more tangible stake in the game they love,” suggested James Copeland, CMO of Footstock, to sbcnews.co.uk. “For me, Footstock’s key distinction is found in the hybrid of instant gratification and the more long-term satisfaction derived from betting on a player’s development over weeks, months or even years.”

Footstock players are able to acquire current players, or they can even select youth team players from some of the top English sides, looking at them as long-term investments should they someday become first-team players for top EPL clubs.

Players assemble their teams through the shop section of the Footstock platform. Here, much like schoolyard children of a bygone era, they can purchase packs of player cards. The Standard Pack costs £6.99 and contains five of these virtual cards. The Exclusive Pack sells for £99.99 and includes 10 cards. While each pack is randomly filled, the Exclusive Pack includes more high-end stars and rarer, harder-to-acquire cards.

Once a player has accessed a series of cards, then they’re able to make like the chairman of an EPL squad and put them into the transfer portal. Players can set a price on a card and wait for another player to meet their price, or they can opt to put cards up for auction and see who will be the highest bidder. 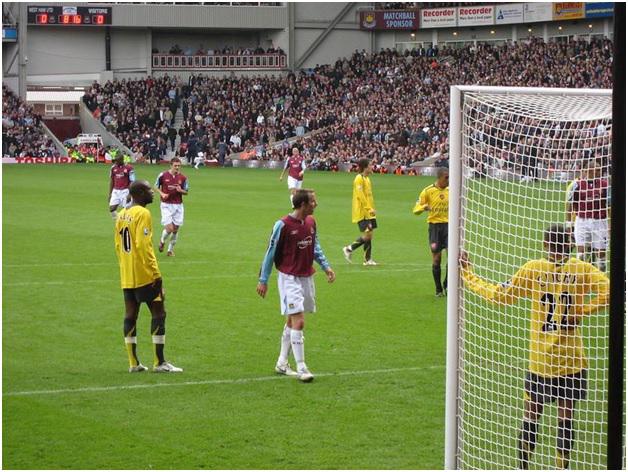 “West Ham UTD and Arsenal” by wonker is licensed under CC BY 2.0

It’s in the Footstock Tournaments where players go head-to-head similar to fantasy football and enter into a risk-reward system as if they were wagering on an actual EPL match through one of the online sports betting sites that are reviewed at sportsbettingsites.com.

In a roulette tournament, players select one card among their collection and pit it against the card of a player from another Footstock side. As real-time stats are accumulated during the actual EPL matches, these two players compete to collect the most points based on their on-pitch accomplishments, such as scoring a goal, making a cross, or intercepting a pass. The player with the better score at the end of the match wins the opponent’s card.

This all-or-nothing element to the roulette tournaments gives it a similar feel to wagering on an actual football match, or pulling the lever of a slot machine in an online casino.

In virtual battles, two clubs are pitted against each other in a virtual match based on the real-time stats from actual EPL matches. If your team outperforms your opponent’s side, then you’re eligible to win cash prizes and other rewards, such as free cards. There are also tournaments set up via the virtual battle format involving several different clubs.

“Football trading is a departure from legacy betting industry components, but it’s Footstock’s additional fantasy football element that really signifies its distinction from more traditional forms of sports betting,” Copeland said. “The concept of being able to own a stake in a footballer’s success, but also use that stake to enter fantasy contests with other users, is like nothing else out there.”