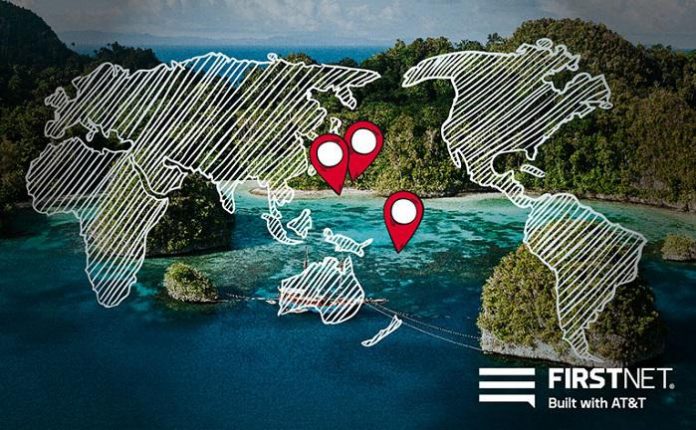 FirstNet is America’s public safety network. That means first responders in all 50 states, 5 territories and the District of Columbia are gaining access to the only nationwide, high-speed broadband communications platform dedicated to and purpose-built specifically for them.

And that’s why I am excited to announce that FirstNet has launched in the 3 Pacific territories – American Samoa, Guam and the Commonwealth of the Northern Mariana Islands.

This is equipping firefighters, law enforcement, paramedics, 911 telecommunicators, emergency managers and other public safety personnel with unthrottled access to the interoperable communications they need, no matter the emergency.

By collaborating with local network providers in the region, we’ve extended the reach of FirstNet to provide first responders in the Pacific territories mobile services with always-on priority and preemption capability.

And just in time for typhoon season, we are adding 3 on-island portable cell sites, one per territory, to our FirstNet fleet of dedicated deployable network assets to support public safety agencies in the territories. Just like the other 76 deployables, these assets are available to FirstNet subscribers at no additional charge for planned and emergency events.

During the COVID-19 pandemic, these FirstNet assets have already helped provide the same reliable communications in the Pacific as in the states. In support of the US Navy/USS Theodore Roosevelt in Santa Rita, Guam, a dedicated FirstNet portable cell site was deployed to provide additional coverage.

This exemplifies the need and importance of having a network purpose-built for public safety. As America’s first responders traverse the country and its territories, they know they can turn to their network for the connectivity they need.

FirstNet is bringing the Pacific territories’ public safety community a level of connectivity and advanced capability that’s helping to transform the role communications plays in their response. And knowing our first responders have access to the leading tools to help them do their important jobs is something we can all feel good about.

Unlimited Talk & Text with no additional roaming or long-distance charges for voice calls and text messages to Domestic U.S., Canada, or Mexico.
FirstNet portal for self-service3 to manage user accounts.
Dedicated FirstNet Customer Support (24x7x365) to manage all the customers’ needs, even after hours.

FirstNet is built with AT&T in public-private partnership with the First Responder Network Authority – an independent government agency. As public safety’s communications network partner, we have a responsibility unlike any other network provider. We’re helping deliver on the vision of Congress and the first responder community with dedicated, advanced services built to mission-critical standards interoperating across agencies and jurisdictions, and custom apps and devices built for law enforcement, fire and EMS. It’s clear FirstNet stands above commercial offerings, and more than 12,000 subscribing public safety agencies and organizations – accounting for over 1.3 million connections – would agree.

O2 engages in partnership with London based Klyk

Verizon network investment on its way to 22 Upstate communities