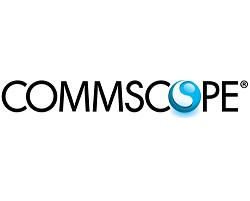 CommScope expects the court will enter an injunction barring Dali from selling the t-Series and Matrix products in the United States. Further, due to the jury’s finding that Dali willfully infringed each of CommScope’s five patents, CommScope will request treble damages and an award of its fees associated with bringing the action.

“The favorable ruling for our DAS patents is a win for CommScope and our customers,” said Matt Melester, senior vice president, Office of the CTO for CommScope. “We will continue to protect and defend CommScope’s intellectual property while delivering innovative products and solutions to help our customers succeed in their markets.”

The jury also found that CommScope infringed two Dali patents. One of the patents related to a CommScope product that is discontinued and the other patent is currently in Inter Partes Review. The Patent Trial and Appeal Board (PTAB) has already indicated in a preliminary ruling that the claims are likely to be found invalid. None of the infringement was found to be willful and CommScope believes that there are outstanding legal issues that will bar Dali from any recovery of damages in this case. A final decision from the PTAB is expected in August.