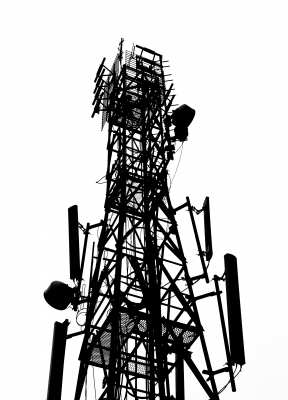 Telecom experts and doctors of international repute in a joint conference on ‘Electromagnetic Emissions in Mobile Telephony and its Health Impact’ at the Indian Institute of Technology (IIT) Delhi explained that electromagnetic emissions from mobile towers are not linked to health hazards.

Addressing the participants at the conference, Shri Ravi Shankar Prasad said, “As responsible citizens, it is our duty to understand the importance of this conference. Misplaced concerns of mobile tower radiation could seriously jeopardise India’s path to greatness as seamless mobility could be affected by such unfounded fears. Thousands of research have been done on the subject and so far there is no conclusive evidence to link mobile tower emissions to human health hazards.”

The minister, who has been vocal about the myths and misnomers relating to EMF-related fears, released a background paper on the subject. The paper focuses on some of the most relevant issues of mobile telephony, including the Digital India dream and the talked about possible link between EMF emissions and its health effects. In addition to this, the paper also covers the opinions of select expert organizations on radiations emanating from cell towers and their possible impacts on human health.

Dr. Kenneth R. Foster of the University of Pennsylvania, USA, said, “Radio frequency fields are among the most highly researched potential hazards. There are thousands of papers in literature and health agencies have reviewed all of them many times. Virtually all agree — that there are no demonstrated hazards from exposure to RF energy at levels below international (and Indian) limits.

I have been involved in the field for over 45 years and nothing has changed — activists make lists of reported effects they consider to show there might be health problem at low-exposure levels, and health agencies extensively review these lists and do not see clear evidence of a problem. More research is needed, but the studies will have to be very well done, very large, and very focused — which will be very expensive. India should give more support to international efforts in this area, particularly the EMF project of the World Health Organisation.”

Echoing his views, Dr. C. K. Chou, well-known expert in the field of electromagnetic emissions, said, “There has understandably been concerns about the effects from the so-called radiation. However, it is equally important to note that there has been nothing so far to indicate that health issues and EMF are related. In fact, numerous studies on the subject — even those seeking to draw a link have been unable to do so.”

“Research on non-ionizing radiation and its effects on human health have found no conclusive evidence to link the two. As the head of a committee to look into the subject, I found that various international organisations of international repute, including the World Health Organisation (WHO) has concluded that there is no evidence to link mobile tower emissions with any health hazards,” said Mr. S. S. Sirohi, former Member Technology, DoT. Mr. Sirohi served as Chairman of the all-important Committee of Multidisciplinary Experts set up under the direction of the Allahabad High Court for examining issues related to EMF emissions or radiation from mobile towers and handsets. As per the Court’s orders, there were Institute-nominated representatives from the five IITS of Mumbai, Kanpur, Kharagpur, Delhi, Roorkee and other eminent experts from institutions like the Indian Council of Medical Research, Indian Institute of Toxicology Research-Lucknow, AIIMS, TEC, DST, etc. The Committee submitted its findings and recommendations to the Hon’ble High Court.

Dr. K. Thyagarajan, Director, IIT Delhi, said he was happy that so many scientists and experts had come together for the conference. Delivering the keynote address, Dr. Thyagarajan said, “I want to thank all telecom scientists and doctors for having come together to this first-of-its-kind conference on EMF in India and hope that we shall be able to have fruitful discussions on a subject, which has been the subject of debate.”

The conference saw many participants who had come to hear the experts and the Minister speak on a subject that has been shrouded in myths.