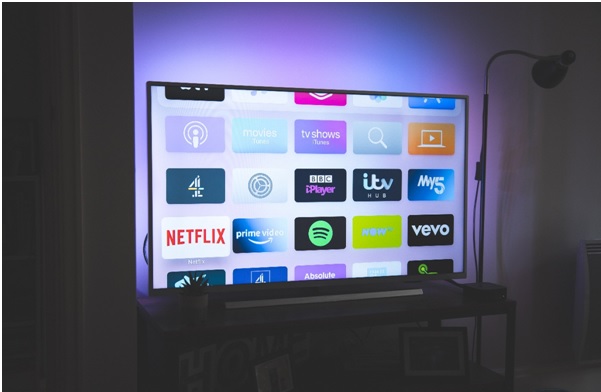 For decades, TV was the king of home entertainment, with at least one TV set (if not several) in practically every home. Then the internet put a massive dent in TV’s popularity. It’s hard to keep good technology down, however, and soon so-called ‘smart TVs’ were introduced, merging television and the internet into something that is revolutionizing home entertainment yet again.

With an intuitive, fun, and easy-to-use interface, smart TVs offer an immense number of options for streaming, playing games, and surfing the vast library of social media platforms, all from the comfort of your sofa, lounge chair, or bed. How is this made possible? That’s easy; smart TV applications or apps.

That brings us to the meat of today’s article, where we discuss everything you need to consider with smart TV application development and set-top box (STB) apps. If you’re gearing up to create a smart TV app and looking for tips on how to get the best results that users will love and appreciate, read on. We’ve got the best of them below, as well as tips, advice, and actionable information you can use as you see fit during your app’s development.

There are several KPIs that must be considered when developing a smart TV app to get excellent results. Below are the most important of them (in no particular order):

Screen Size, Angulars, and Distance to the Screen

Unlike a smartphone, where the screen is only a few inches wide, Smart TVs come in a wide variety of large sizes that keep getting larger practically every month. Not only that but TV screens today come with incredibly high resolution. 8K is the highest right now, but experts say 16K is coming in the next few years. That means your smart TV app must also be endowed with the highest quality resolution, lest it looks like a pixelated mess.

Angulars refer to the different angles used when watching TV, which need to be considered. For example, someone sitting off to the left or right side of the TV will see the app differently than someone sitting directly in front. Making sure they can interact and use your app from anywhere they sit is crucial.

Most users are connected at the hip to their Smart TV’s remote control. That makes it essential that any app you develop works seamlessly with the remote control of the particular Smart TV brand for which you intend to create an app. Not only should the app be intuitive, but it should offer features that make it easy (and even fun) to use. Voice recognition, for example, is incredibly popular, as well as touch sensor integration like you’ll find with Apple TV.

After remotes, the most crucial factor for most users is navigation, or the ability to easily use an app and run through its functions and features. It’s vitally important to keep in mind that most users want to relax when watching their Smart TV. If your app prevents that relaxation by forcing them to go through, for example, multiple subcategories to get where they want to go, your Smart TV app may end up being quite unpopular.

When developing an app, and especially a Smart TV app, testing is paramount. The last thing you want is to release a new app onto the market that has bugs, glitches, or otherwise causes users to have a negative experience. Streaming, performance, and a seamless, intuitive app interface are all vital to your new app’s success. That means testing, testing, and then testing again until your app’s genuinely ready.

The Many Different Smart TV Platforms

Today several significant manufacturers provide powerful platforms for Smart TV apps. All of them come with their own particular Software Development Kits (SDKs), which are akin to a “user’s guide” to creating a Smart TV app or STB apps for their specific platform.

Typically, app developers can find all the needed info about any Smart TV platform on the particular vendor’s website. One of the best, not surprisingly, is Samsung. They have an extensive library of extensions app developers can use to enhance their app and their particular set of UX (User Experience) recommendations. Some of the most prominent players in the game include:

STB apps have been lauded as apps that can fully unlock the potential of a Smart TV. Indeed, for many app developers, STB represents Smart TV’s future, allowing users to watch anything, anytime, and anywhere. Not only do STB apps eliminate the need for multiple remotes, but they can save users hundreds on cable fees and long-term contracts.

Developing a new Smart TV app takes more than a bit of effort, especially if you genuinely care about the final product. With due diligence, however, along with plenty of testing and an eye on the details and KPIs we’ve covered today, your new Smart TV app should please even the pickiest of critics.