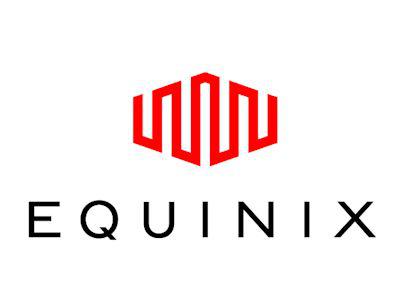 Equinix, Inc., the global interconnection and data center company, has announced the signing of a greater than US$1.0 billion initial joint venture in the form of a limited liability partnership with GIC, Singapore’s sovereign wealth fund, to develop and operate xScale data centers in Japan.

The three initial facilities in the joint venture – one in Osaka and two in Tokyo — will serve the unique core workload deployment needs of a targeted group of hyperscale companies, including the world’s largest cloud service providers.

With these xScale data centers, hyperscale companies can add core deployments to their existing access point footprints at Equinix, enabling their growth on a single platform that can immediately span 55 global metros and offer direct interconnection—within a vibrant set of ecosystems—to their customers and strategic business partners.

Rapid growth of the digital economy has driven increasing demand for global connectivity and hybrid multicloud solutions. For years, the world’s largest cloud service providers, including Alibaba Cloud, Amazon Web Services, Google Cloud, IBM Cloud, Microsoft Azure and Oracle Cloud Infrastructure, have partnered with Equinix to leverage its global platform of 210 data centers to directly connect to their strategic business partners and customers. As these companies continue to expand in Asia-Pacific, they require capacity at scale to match their internal compute, storage and edge cache requirements.

The initial three facilities included in the joint venture will provide approximately 138 megawatts (MW) of power capacity to the Osaka and Tokyo markets when fully built-out.

xScale data centers offer access to Equinix’s comprehensive suite of interconnection and edge services. These services will tie into the hyperscale companies’ existing access points at Equinix, thereby increasing the speed of connectivity to their existing and future enterprise customers.

xScale data centers are engineered to meet the technical and operational requirements and price points of core hyperscale workload deployments. This enables hyperscale companies to consolidate core and access point deployments into one global provider to streamline and simplify their rapid growth.

Platform Equinix® offers the most access points—the “on- and off-ramps to the cloud”—to the top global cloud service providers. As hyperscale companies scale their operations at Equinix, the ecosystem of nearly 10,000 enterprises and other companies currently operating at Equinix benefit from increased opportunities to directly connect and operate in proximity to the largest global cloud operators.

Japan is the third-largest economy in the world and a significant hub for regional interconnection. As one of the world’s largest metro areas and a fulcrum of the Japanese economy, Tokyo is home to a large concentration of global and regional corporate headquarters which form a critical mass of end-user customers with high demand for hyperscale services.

Osaka is centrally located, contains the second-highest concentration of businesses in Japan, and is a center for start-up companies and innovation. Both metros currently have constrained supply, yet are priorities for hyperscale growth, according to Structure Research.

Jabez Tan, Head of Research, Structure Research, said, “Japan is a strategic country for regional hyperscale expansion, and the demand for data center capacity in the Tokyo and Osaka markets has outstripped supply. Through this new joint venture, Equinix and GIC will be a top provider of new data center capacity for the world’s largest hyperscale companies seeking to expand in these two strategic markets – leveraging Equinix for both their core workload and interconnection requirements. This expansion aims to accelerate the adoption of hybrid and multicloud architectures by companies throughout the region.”

Charles Meyers, President and CEO, Equinix, explained, “Hybrid and multicloud have emerged as the clear IT architecture of choice, and Equinix is continuing its efforts to satisfy both the interconnection and core workload needs of the top hyperscale and cloud companies powering this infrastructure. Following our successful partnership with GIC on the initial xScale data center joint venture in Europe announced last year, we are now continuing our partnership with the formation of a new joint venture in Japan. The new facilities under this JV will allow our hyperscale customers to streamline their continued growth, while strengthening Equinix’s leadership position in the cloud ecosystem.”