Jio has confirmed that its customers will now have to pay 6 paisa/min for calling other telecom operator customers. Is this an end to India’s tariff war in the telecoms space?

Interconnect Usage Charge or IUC is a cost paid by one mobile telecom operator to another, when its customers make outgoing mobile calls to the other operator’s customers.

These calls between two different networks are known as mobile offnet calls. IUC charges are fixed by Telecom Regulatory Authority of India (TRAI) and are currently at 6 paise per minute.

In a statement Jio has mentioned that TRAI, has repeatedly since 2011, affirmed its stance that the IUC charges should be brought down to Zero.

“Relying on the repeated stance of TRAI and the amendment already made to the regulations reducing the IUC to Zero, Jio continued to pay IUC from its own resources to Airtel and Vodafone-Idea etc. while offering free voice to its customers. So far, in the last three years Jio has paid nearly INR 13,500 crore as NET IUC charges to the other operators,” the statement added.

It is important to note that Jio’s entry to Indian mobile segment came with its ‘free voice calls’ promise in 2016 – this was a good one year prior to the Trai’s decision in 2017 to reduce IUC and to bring down the IUC to zero by 2020.

It is quite confusing to many experts that Jio has now decided to recover interconnect charges from its customer base when the IUC is actually less than half of what it was in the year 2016. Today it is at 6 paise per minute, and the company had announced lifetime free voice calling to any network when the IUC was much higher at 14 paise per minute.

“Citing traffic asymmetry as the only ground in the recently floated consultation paper, TRAI has reopened the closed chapter on IUC, which has already been made zero with effect from 1st January 2020 by amendment to IUC Regulations. The amendment to the IUC Regulations in 2017 was after considerable deliberations and consultations. In this background the consultation paper has created Regulatory uncertainty and therefore Jio has been compelled, most reluctantly and unavoidably, to recover this regulatory charge of 6 paise per minute for all off-net mobile voice calls so long as IUC charges exist,” the statement adds.

As a result of this announcement – for all recharges done by Jio customers starting today, calls made to other mobile operators will be charged at the prevailing IUC rate of 6 paise per minute through IUC top-up vouchers till such time that TRAI moves to Zero termination charge regime.

There is no 6 paise per minute charge on:

(a) all Jio to Jio calls;
(b) all incoming calls;
(c) Jio to landline calls; and
(d) calls made using WhatsApp or FaceTime and similar platforms.

Additionally, Jio, with Reliance Retail, will ensure priority allocation of the JioPhone to frequently called 2G users from our Jio consumers.

Jio will provide additional data entitlement of equivalent value based on IUC top-up voucher consumption. This will ensure no increase in tariff for customers. 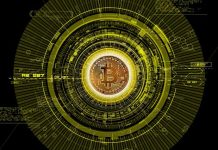