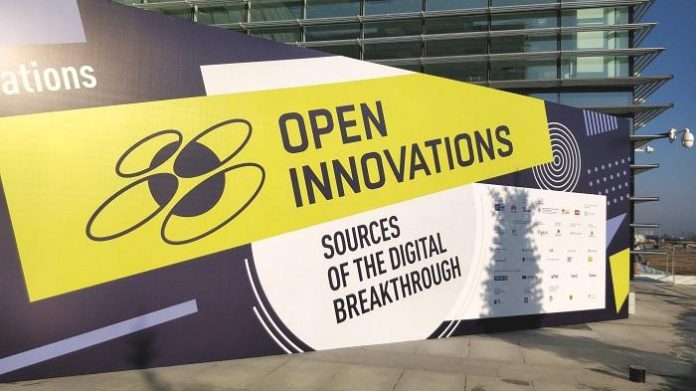 Heralding an era of digital embrace, Open Innovations International Forum has started at the Skolkovo Innovation Centre in Moscow today. 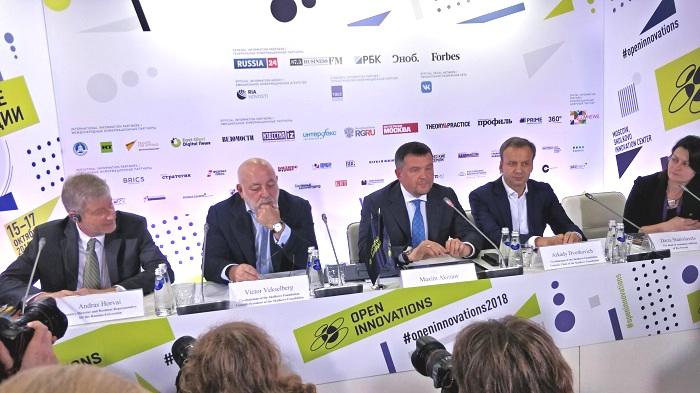 In his opening address, Maxim Akimov highlighted the rapid development of the Forum, which is one of the key international platforms where the government and the business can discuss high technologies and innovations. The Deputy Prime Minister emphasized the importance of digitization of the Russian society:

“I believe that we have extensive expertise in the use of mature and proven technologies. Most changes will occur in key sectors, such as healthcare and education. Although our share in the global GDP is relatively small, at least the way it is calculated at present, Russia is nevertheless a major economy. Therefore, I expect that 80% of changes will be related to mature technologies,” said Maxim Akimov.

According to Victor Vekselberg, the formats of government support in the digital economy are undergoing a change:

“One of the key requirements of the digital economy is the development of a regulatory framework that provides a basis for the implementation of cutting-edge technological solutions, and I believe that the government is approaching this aspect in the right way. More specifically, as part of this initiative, the Skolkovo Foundation is responsible for the development of the regulatory framework. To date, over 40 laws have been drafted that will govern the development of the digital economy in various sectors,” emphasized Victor Vekselberg.

Skolkovo residents are implementing a large number of high-technology projects targeted at the international market. Speaking about competition on foreign markets, Arkady Dvorkovich pointed out: “It is an obvious fact we are competing. Competition is the toughest on developed markets, such as the US, Europe and Japan, and in order to win there, it is crucial to have the relevant competences, skills and the entrepreneurship culture, to be willing to take risks related to the commercialization of technologies and to make decisions fast.”

Andras Horvai presented the key points of a report by the World Bank titled “Competition in the Digital Era: Strategic Challenges for the Russian Federation”. The report is the result of a two-year cooperation effort between international and Russian experts of the World Bank and the Russian government on the introduction of breakthrough technologies and digital transformation. According to the Country Director and Resident Representative of the World Bank in Russia, proactive innovations are currently a key driver of competitiveness. They involve, first and foremost, effective use of digital technologies.

“We have been cooperating with the Russian government in accelerating the digital transformation and developing innovations in the country for several years now, and we can see the progress that has been made. Russia has a reliable human capital and extensive national broadband infrastructure providing fast and affordable connectivity; in addition, it is successfully developing digital public services, which are now used by more than 70 million people, with users reporting a high level of satisfaction. At present, the main objective is to enhance the economic and social impact of digital technologies in the business sector, expand the scope of process automation, improve digital skills, achieve an increase in private investment in innovations and foster an open innovation culture,” said Andras Horvai.

The report of the World Bank states that the current strengths of the Russian digital economy include successful development of human capital. According to the World Economic Forum, over the last 5 years, Russia moved from the 51st to the 16th place in the global human capital development rankings. Russia also ranks in the top five in terms of the introduction of digital technologies in finance.

Moreover, in the sphere of digital transformation, Russia is currently well positioned in the field of research and technology, has a well-developed legal and regulatory framework, is competitive in the sphere of cybersecurity on a global scale, invests heavily in the national broadband infrastructure and uses new technologies to transform public services. It is now crucial to make the next steps towards the use of big data and a transition to government as a platform.

We would like to remind you that the 7th Open Innovations International Forum is titled Sources of the Digital Breakthrough. This year, the Forum will be held over three days, with the topic of each day reflecting the interests of different audiences: Manpower and Education; Business and State; Science and Technology. We expect over 20,000 participants and guests from over 90 countries to attend the Forum in Skolkovo.