The Dynamic Spectrum Alliance (DSA) is welcoming the Indian Government’s move to issue eight experimental licenses in the 470-582 MHz band.

The purpose of these licenses is to carry out experiments at several locations using TV white space-like rules and regulations already adopted (or being adopted) in other countries such as Malawi, Ghana, Singapore, the Philippines, UK, USA and Canada.

This decision opens up opportunities for the use of sub-1GHz spectrum in India in either an unlicensed or lightly licensed fashion without the need for spectrum auctions.

In most parts of India, more than 100MHz of available spectrum in the 470-582 MHz band has been lying unutilised, even by analogue TV transmission from the single terrestrial broadcaster Doordarshan. 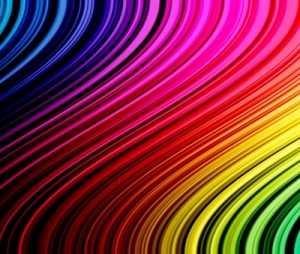 India belongs to ITU Region 3, where the 470-582 MHz band allows for fixed, mobile and broadcasting services as competing “primary services” and allows other non-interfering uses on a “secondary basis.” Therefore, the sharing of spectrum in India amongst these complementary services is not only natural, but inevitable. The DSA supports the Indian Government’s decision in allowing sharing tests, typified by unlicensed (or lightly licensed) TV white space-type regulations, which are already adopted elsewhere in Region 3.

“These eight licenses will also bring a great deal of innovation to engender in India from native companies such as Bengaluru-based Saankhya Labs, who develop world-beating software defined radio chipsets covering this band,” said Prof. H Nwana, Executive Director of the DSA. “The 470-582 MHz band will be key to bridging the digital divide in India, a country with more than 800 million people who are not connected to the Internet, 68% of which are living in rural areas.”

Such experimentation as demonstrated by the issuing of these eight test licenses, completely vindicates the position that the school of thought which claims “all spectrum must be auctioned” is not only limiting, but also misguided. The Indian Government’s decision makes for excellent spectrum policy. TV white space-type regulations also have a clear legal basis in India, as evidenced by the recent Supreme Court decision that auctions are not the only permissible method for disposing natural resources such as spectrum. Under the Supreme Court’s edict, spectrum, such as TV white spaces (TVWS) or 5GHz spectrum, could be allocated on a license-exempt or unlicensed basis as long as such a policy is “backed by a social or welfare purpose”[1] such as using connectivity to increase social and economic inclusion.

TVWS technology uses otherwise unused or unassigned spectrum in the UHF and VHF bands otherwise allocated for broadcasting. TVWS-based technologies operate on a secondary basis without causing interference to primary users, such as broadcast licensees. TVWS technology has been deployed in dozens of projects all over the world, showcasing its ability to inexpensively deliver broadband and other forms of connectivity over large geographical areas. Many commercial applications for TVWS regulations are expected to be unveiled in 2016 around the world. New versions of Wi-Fi operating in TV bands are expected to exploit such TVWS regulations in these commercial deployments. Such technologies and developments will be discussed at the 2016 DSA Global Summit, taking place in Bogota, Colombia, April 26-28, 2016.