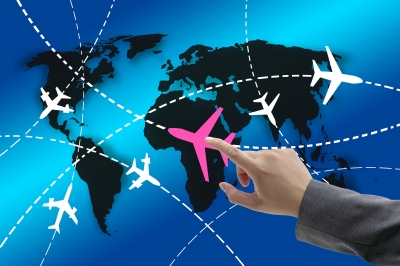 United Airlines has announced that more than 100 channels of live television will now be free on 211 Boeing 737 United aircraft equipped with seat back TV, making viewing easy gate-to-gate. In addition to offering free live DIRECTV at more than 30,000 seats, United customers also have access to hundreds of movies and TV shows available on personal devices through the airline’s collection on the United app – offering customers thousands of hours of programming in total.

“This year, we will be introducing a series of innovations and improvements designed to help build a great experience for all our customers,” said United’s Chief Customer Officer Toby Enqvist. “Offering free entertainment, whether it’s on seat back TV or on personal devices, is one example of how we are placing our customers at the heart of what we do and helping them to relax and enjoy their flights.”

“We’re pleased that United is offering customers complimentary access to live TV on more than 200 of its aircraft so customers can feel like they’re sitting in their own living rooms enjoying DIRECTV,” said Roman Pacewicz, chief product officer, AT&T Business. “Whether they want to tune into their favorite primetime show or their favorite sports team, United customers won’t miss a moment with free DIRECTV programming.”

Over the last year, United has also expanded its personal device entertainment product to aircraft that previously only offered DIRECTV, providing an option for customers to use their phones, tablets or laptops to access a library of more than 280 complimentary movies and TV shows.

DirecTV is an American direct broadcast satellite service provider based in El Segundo, California and is a subsidiary of AT&T. Its satellite service, launched on June 17, 1994, transmits digital satellite television and audio to households in the United States, Latin America, Americas and the Caribbean.