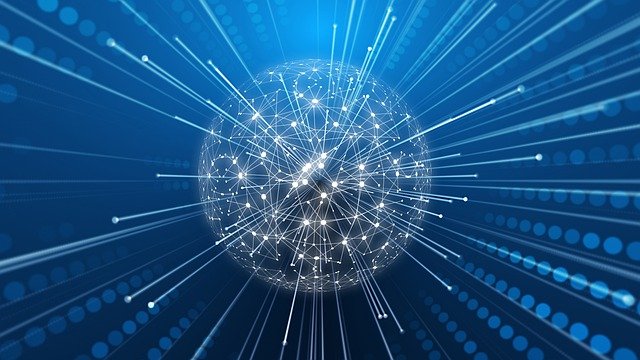 The digital transformation, which was turbocharged by the pandemic, could also help the European economy recover in the post-pandemic period. But is the infrastructure ready?

Two years of pandemic as a catalyst for the digital transformation

In January 2020, Zoom was just another communications technology provider whose scope and reach were dwarfed by other platforms providing similar services, like Skype and Teams. Fast-forward just nine months and the Silicon Valley-based company’s share price had been multiplied by eight and Zoom was a household name. Indeed, many of us celebrated Christmas on Zoom in 2020. Although the share price corrected itself over the ensuing year, the impact on how we work and live seems likely to be durable.

The majority of people in office jobs will continue to work from home, at least some of the time, for the foreseeable future. And although some human resources professionals still express concern about managers’ capacity to communicate with subordinates and monitor their teams’ progress, employees have on the most part adapted to this new normal. Moreover, companies have caught on to the potential savings they can make by having part of their staff working remotely, as well as the advantages of being able to switch to 100%-remote overnight in the event of future pandemics, natural disasters, or strikes.

In practice, having two adults working from home, as well as potentially several children home-schooling, was problematic for many remote workers – at first at least – due to limited bandwidth; an internet connection that may have been adequate for sporadic web surfing and occasional video streaming was not up to the job of managing multiple videoconference streams. Although remote teaching platforms were a godsend for millions of students worldwide, millions more suffered from a lack of access to Internet or the digital devices they needed to follow online classes.

The consequence of this was an acceleration of the switch to fibre optic broadband, which has been underway in Western Europe since early 2010s. Approximately 50% of households in Europe are now connected but with significant differences between countries. While Spain has an eligibility rate of 88%, other countries of comparable size are much less well endowed, such as Germany (16%), or the UK, (15%). Furthermore, the number of 4G connections grew 25% year-on-year in 2021, while the rollout of 5G networks, which had begun even before the arrival of Covid, is expected to really ramp up worldwide in 2022.

The rise of the home office has also dramatically increased demand for hardware and software. The computer components industry, whose capacity was reduced due to lockdowns at the start of the pandemic, initially struggled to cope with this surge in demand – especially during the height of the pandemic – but global laptop sales still surged by nearly 29% in 2020, and 24% in 2021, following several years of stagnant sales. Municipalities in many countries are also seeking to reduce digital inequality by providing students with computers or tablets, and this also seems to be a trend that will persist in the post-pandemic era.

From E-commerce to the Metaverse

This dynamic also comes at a time when more and more aspects of our everyday lives, at home and at work alike, are going online. E-commerce sales are seeing double-digit growth, and the percentage of people who shop online is also growing, which means that this growth is sustainable. Many people bought online for the first time during the pandemic and, having finally made the jump, they are likely to continue. The development of the Internet of Things (IoT) means that the total number of connected devices grew by 18% year on year in 2021, and analysts estimate that the total number of connected end points will be 27 billion by the year 2025; many of these devices will facilitate (if not actively encourage) online purchases as well as improving the overall customer experience. On 28 October 2021, Facebook announced that it was changing its company name to Meta as part of its new focus on the “metaverse” – a parallel, online world where consumers will be able to find a range of services from gaming, to education, to commerce and work. While the metaverse may seem abstract at this point in time, with cryptocurrency threatening to go mainstream and “virtual real estate” sales in the metaverse expected to reach $1 billion in 2022, investors seem to believe in its potential.

All this points to a fundamental societal shift that could help drive significant growth and productivity gains for years to come, but it also represents a significant challenge for industry stakeholders – from those who manufacture the components, to those who design and build the hardware, the infrastructures, and those who deploy and maintain them. The potential for continued growth is there, but does the industry have the capacity to meet demand?

Components manufacturers have recovered most of the capacity lost due to 2020’s lockdown measures and are now investing heavily in new production capacity to meet strong expected future demand. The world’s largest semiconductor manufacturer, TSMC, has planned record levels of investment in 2022 – up nearly 50% year-on-year – because although the smartphone market may soon reach saturation, the IoT will continue to support demand for silicon for a while to come. In a boon to the European Union, Intel intends to expand its production capacity in Europe as well as the USA, although such is the level of growth, the American firm doesn’t expect to be able to meet demand until 2023.

… and bolstering the infrastructure

However, connecting the approximately 50-odd million remaining households to fibre optic broadband remains a herculean task, one that the European Union has targeted through a series of investment programmes aiming to pursue the digital transformation and create millions of jobs in the process. The Connecting Europe Facility 2.0 programme will devote its €34-billion budget to digital infrastructure projects in the EU, and a large chunk of the €672.5 billion Recovery Resilience Facility will be funnelled into initiatives focused on improving digital capabilities, with a prominent role for the fibre optics and 5G rollout. “Across the EU, up to €400 billion will be spent by 2025 on developing 5G networks to support future economic growth and competitiveness,” said Annemie Turtelboom, although a special report by the European Court of Auditors, of which she is a member, warns that the majority of EU member states are unlikely to reach their objective of rolling out 5G networks in all urban areas by 2025.

Rolling out that infrastructure will be the responsibility of behemoths like Amazon Web Services and Microsoft, for cloud computing; ABB Ltd., Cisco Systems Inc., and IBM Schneider Electric, Siemens for data centre infrastructure management; and communications service providers (CSPs) like Orange, all of which have bright days ahead. On the ground, the landscape is covered by much smaller, more agile local operators that CSPs need to implement their strategy by connecting households and servicing the network. Companies such as Spie are likely to benefit from this development of web infrastructure and are recruiting heavily in France to manage future demand, and although their proposed acquisition of Equans fell through at the end of 2021, the sector of field management is likely to see significant consolidation in the coming years. Indeed, in October 2021 fellow French firm Solutions 30 announced its acquisition of UK-based mobile telecommunications firm, Mono Consultants Ltd. Solutions 30 is currently operating in 10 European countries and has seen consistent double-digit annual growth in recent years. It is thus already well-placed to benefit from the digital transformation due to its capacity to service multiple segments of the digital economy – from telecoms, broadband, to connected devices, security and electric vehicles charging stations. With the planned Europe-wide infrastructure investments, this type of multi-national player with technicians on the ground capable of providing simple installation and maintenance services will have a major role to play.