Coolpad Group Limited, a global smartphone manufacturer and integrated wireless data solutions provider, has announced that its patented Frameless Smartphone will be available in India later this year.

This new invention will change the user experience for consumers compared to other smartphones available in the market. 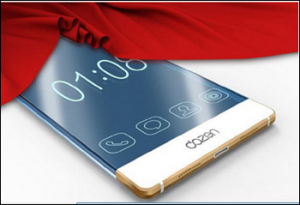 According to the patent literature, this patented technology can render the visual effect of a smartphone’s screen to be completely frameless through a manufacturing process while delivering a seamless, edge-to-edge visual experience to the end users.

Smartphones adopting this patent will possess a larger screen proportion than present narrow-frame smartphones launched by some smartphone manufacturers.

Varun Sharma, CEO, Coolpad India, said, “Users around the world have been asking for narrow frames and higher screen to surface ratios. Our engineers are taking it to the next level by building an entirely frameless design. India will be among the first markets in the world we will launch this innovation in.”

The touchscreen display area from the left and right sides of the border make the phone as one whole body enhancing the both visual experience and functionality. Coolpad’s frameless phones won’t require users to spend additional money on phone cases to protect the frame.