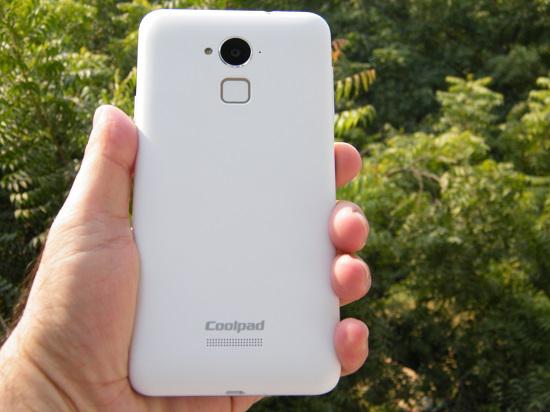 Coolpad, the Chinese smartphone maker has just launched its latest device – the Coolpad Note 3 in India – the device comes fully loaded with high end specks (3GB RAM and 16 GB Internal Memory) and yet it is placed under a little INR 9,000 price point. This is surely the coolest smartphone available in the market today.

Coolpad Note 3 is giving its users a huge screen, elegant looks, large battery power, fast processor speed with LTE connectivity, lots of memory – and a top-end fingerprint sensor. And hence, this smartphone has all the ingredients to create stiff competition in the price sensitive Indian market and take on global smartphone biggies such as Samsung, Motorola and Lenovo etc on Indian turf. 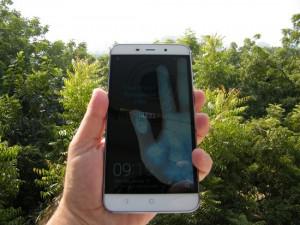 The Coolpad Note 3 is quite a large phone by any standards, but fits in very well in a hand. I have used it for more than 15 days as my primary device and it provides a great grip and fits into the pockets as well. The 5.5-inch display takes up most of the front face, and Coolpad has done a great job with the design and making it look elegant. 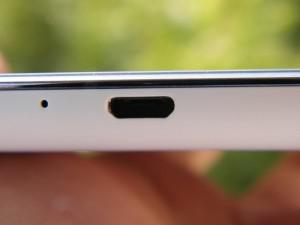 The company has also informed us that the Note 3 has an aluminum inner frame which is providing stability to the whole body. This makes it even more attractive at this price point. We found that the rear of this smartphone has a soft matte texture which is good for grip, but at the same time it is also can also pick up marks and stains way too easily. 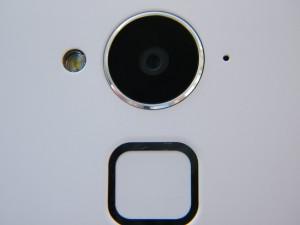 Users only get access to the two Micro-SIM slots and the microSD card slot in Coolpad Note 3. Coolpad is bundling only a charger, USB cable and headset in the box. There is no cover or adhesive screen protector being given with the phone.

Despite the fact that it is positioned well under 10k price band, the company has managed to pack in some of the most impressive hardware combination into this smartphone. 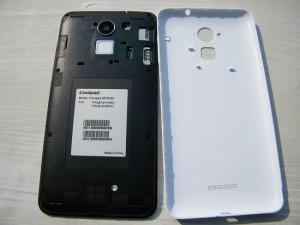 This smartphone is based on a MediaTek MT6753 SoC, which is a 64-bit, octa-core model running at 1.3GHz. It comes with 3GB of RAM which is making it an interesting proposition at this price point. There’s also a healthy 16GB of built-in storage space (which is quite sufficient) as well as support for microSD cards of up to 64GB, and USB-OTG support.

The 5.5-inch screen has a resolution of 720×1280, delivering an effective density of 320ppi – this means that the pictures being taken on this smartphone have an extra bit of life it is. LTE is supported on Band 40 on both Micro-SIMs. Wi-Fi, including 802.11n, Bluetooth 4.0 and FM radio are standard. The battery has a pretty solid capacity rating of 3000mAh. This battery power is most sufficient and we used it for two days without recharging.

Coolpad Note 3 comes with a 13-megapixel camera with an LED flash on the rear, and a 5-megapixel one in front. Both these cameras provide excellent results. However, as we used the cameras, during the day and night – pictures taken during the day time carry much better results. 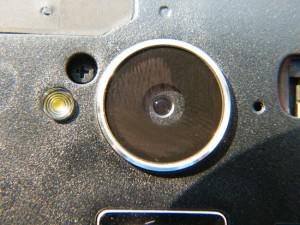 Some of the pictures that we took during the daylight were absolutely stunning for a phone in this price range. However, on the other hand, things were heavily dependent on light sources during the night time. 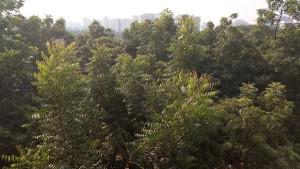 The Coolpad Note 3 comes with Android 5.1 and the company’s own Cool UI skin also comes bundled with the smartphone. There are a few other apps such as – CoolShow which offers a few themes. Then there is ‘Cool Service’ which meant to locate authorised service location for the company. Facebook, WeChat, Whatsapp, WPS Office, and Amazon are also preloaded in the smartphone. Not all are removable from a user’s perspective.

This is one of the features that make this smartphone a cool buy. Coolpad Note 3 comes with a powerful fingerprint scanner. An app called Fingerprint Management can take you easily through the setup process. A user can have up to five finger prints and assign shortcuts to them such as directly unlocking the phone and launching any app from sleep. This is making this smartphone – a secure and yet personalized device. 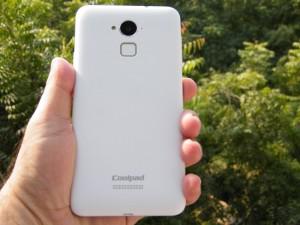 Coolpad Note 3 is a wonderful smartphone and carries a special significance, considering the fact that it combines special hardware and software combinations. We could not find any lag in performance of the smartphone even while using videos or playing games.

We were able to open multiple applications, quite smoothly and most importantly, multitasking was smooth with this smartphone. Heating in the rear does happen but it is quite normal, not so much that it was uncomfortable to hold at any point.

The fingerprint reader is definitely an attractive feature in this price range, fingerprints are recognised quickly and in any orientation as told by the company. But there is one observation that with the fingerprint sensor on the back, it becomes a bit difficult to use when the phone is lying on a table and you just want to check something quickly – you need to flip it to be able to use the finger print scanner.

Coolpad Note 3 is a great device in this price range. It is presenting a unique combination of features, performance and quality of material that a user gets at this price. It is sure to give its close competitors a run for their money. However, the company surely needs to work on its go-to-market strategy in order to create better value proposition on the availability of this device.

Ideally, a product like this is likely to generate big demands and the company should give itself a fair chance by making this available even in the offline channel ecosystem – rather than just concentrating in the online space.