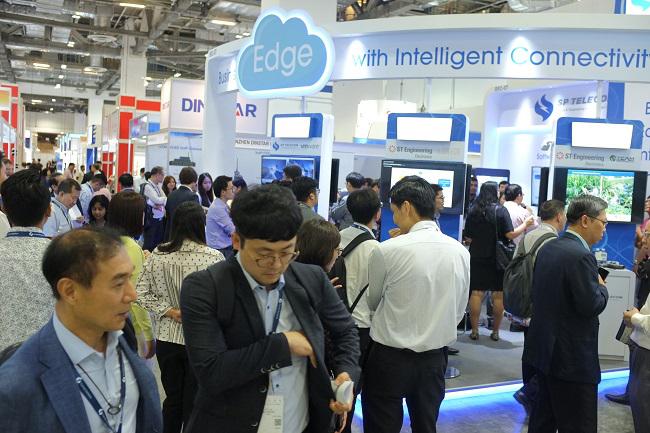 Asia’s largest Infocomm, Media and Technology event ends on a high note after three days of announcements, exciting plans for the future, speaking tracks and tech showcases. ConnecTechAsia will return in 2020 from 9-11 June at Marina Bay Sands Singapore. 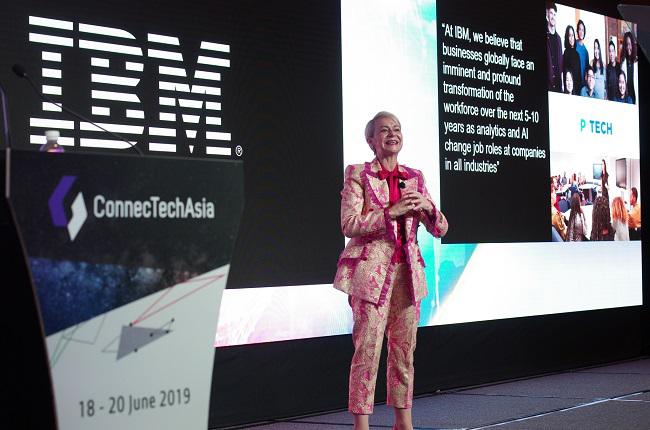 “This year’s show has seen much more vibrance in the many networking opportunities and activities throughout the event. This includes CXO Forums, workshops, tech tours, engaging conference sessions, shared knowledge at the several stages on the showfloor and new partnerships forged among attendees who also had the opportunity to witness ground-breaking technologies that are changing Asia’s future landscape. We achieved this through the new and strong support of our many knowledge partners, in particular Informa’s Ovum, Light Reading, Tractica alongside Accenture, Deloitte, McKinsey and KPMG,” said Ivan Ferrari, Event Director for ConnecTechAsia, from organiser Informa Market.

Commenting on and new exciting plans for the future of the event, Ferrari adds, “Going forward, by strengthening our partnership with key stakeholders such as the Infocomm Media Development Authority (IMDA), ConnecTechAsia2020 is set on its course to be the landmark infocomm, media and technology event in Asia. It will encompass top brands and speakers from across the globe, the latest content and technology showcases, and lively activities and networking events, aimed at delivering an ever increasing value to attendees. Specific announcements on what this all means in practice for ConnecTechAsia2020 will be made soon, exciting times ahead!”

From 5G and Smart Cities to Hyperconnected Societies

5G emerged as the show stealer with Infocomm Media Development Authority’s Chief Executive Tan Kiat How outlining Singapore’s vision for 5G – as an enabler that supports the development of innovative applications and services that will power the country’s Digital Economy.

Showcases and discussions around 5G throughout the event also shone the spotlight on how the technology will create value and deliver benefits to businesses and societies, and how 5G will accelerate the adoption of emerging technologies as Asia’s digital future beckons.

On the back of 5G, technological convergence that is taking place across Asia is giving rise to the emergence of Smart Cities in the region. A growing priority for governments, Smart Cities are seen as a sustainable way forward for Asia as it grapples burgeoning populations, rapid urbanisation and increasing pollution.

“Asia presents a diverse yet perfect setting for the growth of smart cities, given its populous and digitally savvy demographics,” says Kok-Chin Tay, Chairman, Smart Cities Network (SCN) Singapore. “The agreement kickstarts an exciting new phase of collaboration between ASEAN and India, and through training, sharing of best practices and innovation, digitally twinned smart cities will develop the external economies of countries in the region while accelerating Asia’s move towards its digital future.”

As the development of Smart Cities continues to gain momentum across the region, innovations related to an increasingly digital urban environment became a draw at ConnecTechAsia. This included the launch of autonomous robots from OTSAW and Solustar at the event, both of which received significant visitor and media attention.

“Through ConnecTechAsia, we were able to showcase our solutions to a diverse and international audience in Singapore, a valuable opportunity which raises the profile of OTSAW globally. Nothing beats face-to-face interactions with potential customers, where we got feedback and insights that are crucial in helping validate our business strategy, as well as helping us expand into new use cases,” says Ling Ting Ming, CEO of OTSAW, who launched its O-R2 indoor autonomous security robot at the show.

Louis Loo, Founder and CEO, Solustar, who launched VAL II, its smart concierge robot that gives a boost to front-line service staff, adds, “The buzz and media spotlight on ConnecTechAsia makes it a great platform for Solustar to showcase our latest innovations to wide pool of prospects across different industries. The media attention we received this year piqued the interest of many potential customers, who headed down to our exhibition booth to find out more about our products and solutions”.

Technologies such as Virtual Reality (VR) also saw buzz on the show floor, with Korea’s Salin Co. inking a deal with Singapore’s Green Lab to bring its EpicLive VR education platforms to international schools in Singapore and regional Asian countries. EpicLive allows students to interact in a VR class and can be used in scenarios such as debates or lessons programmed by schools, boosting knowledge retention and adding a fun, engaging teaching aid for the classroom.

“We’re excited to bring VR to the classrooms to redefine education experiences for students here in Singapore,” says Kenny Tay, Director of Green Lab. “Besides adding a dimension of fun to learning, VR allows teachers to use a more visual approach to help students understand concepts and engage with each other, leading to more memorable and better learning outcomes.”

With growing demand for high-quality video content made possible by the increasing connectivity across the region, Malaysia’s MEASAT Satellite Systems announced an agreement at ConnecTechAsia to carry India’s first 4K / UHD channel and the world’s first 4K/UHD HDR travel channel, Travelxp. Travelxp offers viewers a closer and immersive view at the world’s most beautiful travel destinations, cultures and heritage in stunning resolution like never before.

Acknowledging how emerging technologies will play a pivotal role in shaping future societies, Dr David Soldani, Expert, CTO Office, Huawei Southern Pacific Region, provided his perspective on how businesses and societies will continue to evolve alongside technology, “The target is to bring digital to people, and bring digital to homes, and especially to organisations for enterprises. The ultimate goal is providing people and homes with a full immersive experience. And to the enterprise organisation, the fundamental enabling technology to achieve this goal is AI, connected networks and cloud.”

Heralding the golden age of live entertainment in Asia

Asia’s rising growing smartphone adoption and youthful population has also seen a surge in gaming and the e-sports industry. Esports, beyond being a multibillion dollar industry, could possibly be an Olympic sport as soon as 2024 in Paris and spark the next wave of global gaming.

“Esports is driving significant growth for the live entertainment sector, and is also a converging point with other industries such as media, broadcast productions, advertising, and games,” says Nicholas Khoo, Co-Founder & Chairman of Singapore’s Cybersports and Online Gaming Association. “ASEAN itself has become a significant focal point for the region with a massive uptake of smartphones and rising income levels. With emerging technologies such as 5G, VR and IoT there is a lot of potential for esport’s further growth and expansion, which is also bringing about massive opportunities for the world’s largest brands.”