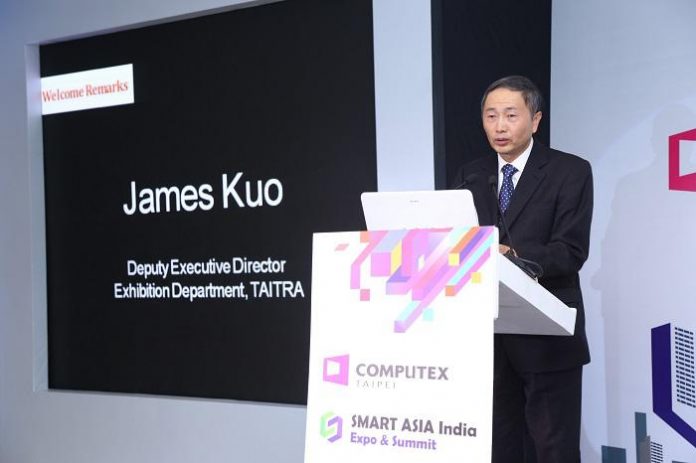 Sharing his vision on India- Taiwan relationship, Champak Raj Gurjar, President- Federation of all India IT said, “COMPUTEX & SMART ASIA are the perfect shows of the year for Taiwanese and Indian IT players to create business and sourcing for potential partners. India-Taiwan economic relations received further boost after the singing of “India-Taiwan Economical Cooperative Agreement”. The agreement led to intensified cooperation in crucial areas of technical assistance, innovation, entrepreneurship and business incubation. We wish all the success to this year’s edition of COMPUTEX, SMART ASIA India & TAIWAN EXCELLENCE and hope the endeavor will fortify the economic ties between the two progressive nations”. 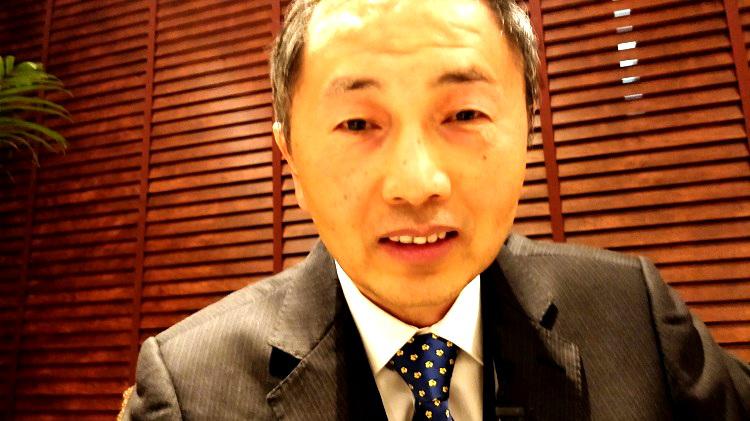 Welcoming the audience at the conference, James Kuo, Deputy Executive Director Exhibition Department TAITRA said, “It is a great honor for us to announce this year’s edition of COMPUTEX, SMART ASIA & TAIWAN EXCELLENCE. Taiwan has been making a drastic shift from high-tech manufacturing to an innovation-driven economy. Its ICT capabilities have also gained its reputation as a global leader in smart technologies and smart city solutions” He added, “Through COMPUTEX & SMART ASIA, we are hoping to create more trade opportunities between India and Taiwan as well as industry cooperation and knowledge partnerships. We look forward to working closely with our Indian partners to explore new horizons”.

James Kuo, continued, “India is not only one of the fastest growing economies in the world, it is also witnessing an exponential growth in information technology sector. India is well known for its strength in software applications & development worldwide, it also serves as a hub of innovation. Both Taiwan and India are known as progressive nations and can make great progress with collaborations and partnerships. ”

With a new positioning, an all-new COMPUTEX 2018 will be focusing on attracting international players’ participation in its 6 main themes, Al, 5G, Blockchain, IoT Applications, Innovations & Startups, and Gaming & VR. To echo the main themes, 4 featured exhibits are launched: ‘SmarTEX’, ‘InnoVEX’, ‘Gaming & VR’ and ‘iStyle’. While COMPUTEX 2018 is broadening its horizons, COMPUTEX participation in Convergence India 2018 with its COMPUTEX d&i awards winning products will unlock further business potential for both the countries.

COMPUTEX made a strong presence at Smart ASIA 2017. SMART ASIA is a trade show which showcases Taiwan’s smart technologies and products to a broad Indian audience. With its resounding success last year, it is set to return in 2018 with a focus on Smart City Solutions, Smart Technology Applications, and City Development Products & Services.

Sharing his vision for the second edition of SMART ASIA India, James Kuo said, “We received a significant level of recognition and active participation from industry stakeholders in the first edition and hope to contribute greatly towards the Indian government’s vision of smart cities with improvised urban living.” He added, “Taiwan has been utilizing smart technologies in building efficient modern cities for many years now and is recognized as a global leader in smart city solutions. SMART ASIA India provides an excellent platform for us to share our experience and create partnerships with India”. Organized by TAITRA, the show will take place from October 4-6, 2018, at Bangalore International Exhibition Centre (BIEC).

Furthermore, the conference also included a special presentation on Taiwan Excellence by Mario Tsai, Deputy Executive Director, Strategic Marketing Department, TAITRA. Taiwan Excellence Awards, given out by the Ministry of Economic Affairs and TAITRA to encourage Taiwan industries to upgrade and incorporate innovation and value into their products, will be returning with larger industry participation this year. The symbol of Taiwan Excellence honors Taiwan’s most innovative products, which provide tremendous value to users worldwide. All products carrying this symbol are selected based on their excellence in R&D, design, quality, and marketing.

Mario Tsai, mentioned, “Taiwan has the world-class information and communication technology. It is our pleasure to participate for the 2nd time at the Convergence India with exciting innovations from our Taiwan Excellence Award winners, such as ACER and Edimax. I am grateful for our Indian partners’ presence, support and enthusiasm and hope our award-winning innovations are well received by our Indian friends”.

TAITRA representatives invited media and the general public to visit COMPUTEX d&i awards and Taiwan Excellence Pavilion in Convergence India 2018 to be held from March 7 to 9 in Pragati Maidan Hall 10, New Delhi.