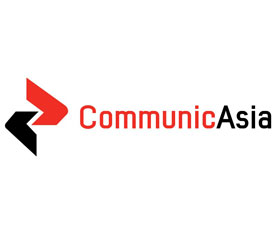 CommunicAsia, part of the ConnecTechAsia conference, will be held on June 18-20 at Marina Bay Sands in Singapore. IP Infusion will be exhibiting at Stand No. 1G3-12.

IP Infusion’s Dhiman D. Chowdhury, VP, Global Business Development & Product Marketing, will be speaking on “The Open Edge: Delivering Web-Scale Performance at the Edge” at 1:30 p.m. on June 20 at Level 4, Marina Bay Sands. His talk is part of the Future of Connectivity section of the ConnecTechAsia 2019 Summit. Chowdhury will discuss how the network edge is becoming the new frontier for both data center operators and telecommunications service providers.

“As the demand grows to onboard more users, deliver enhanced experiences and increase web-scale performance for multi-service transport, network edge is becoming a new frontier to deliver user performance on demand at low cost per bit,” said Atsushi Ogata, President and CEO of IP Infusion. “OcNOS is redefining open networking, offering the potential to open up the edge at low cost per bit to create differentiated services with the performance they need to be competitive.”

VirNOS, an NFV-based software platform, provides carriers and enterprises with a cost-effective network OS approach to implement and manage their networking services. With the OcNOS and VirNOS network operating systems, both powered by ZebOS, IP Infusion offers network operators, carriers, and enterprises with the physical and virtual software solutions they need to achieve the disaggregated networking model.