These CommScope patents relate to critical building blocks and enhanced methods used to design a wide array of base station antennas, commonly known as BSAs, that service frequency bands ranging from 600MHz to over 2000MHz.

This is the second lawsuit CommScope has filed against Rosenberger relating to its use of CommScope’s base station antenna technology. In July of 2019, CommScope filed suit against various Rosenberger entities and two former CommScope employees now employed by Rosenberger.

In that lawsuit, CommScope asserts, among other things, misappropriation of trade secrets, including trade secrets relating to CommScope’s proprietary software programs and CommScope’s base station antenna hardware. That case remains pending in the United States District Court for the District of New Jersey.

“CommScope innovates, designs, manufactures, and sells best-in-class products and solutions around the world,” said Farid Firouzbakht, senior vice president and segment leader of Outdoor Wireless Networks for CommScope. “CommScope has taken this action to protect the company’s significant investments in developing innovative products that help our customers unlock the potential of their network infrastructure.”

How KPN is driving fiber deployment in the Netherlands 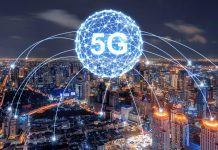