As a result of this cloud outage, the company has put storage solution in a tight spot

Even though cloud services are increasingly getting prominence, there are still issues that need to be addressed when it comes to resiliency of cloud based infrastructure. In an instance of cloud outage, Dimension Data’s Australian cloud services have been partially down for over 24 hours. Working hard to solve the issues, the company is said to normalize its cloud service by Saturday.

This particular outage is detailed on this status page records problems with the company’s “AU 1” region dating back to the morning of 2nd July, 2014. In a statement, the company has said that it is working towards solving this issue and the cloud services will be normalized by Saturday.

Here are some of its latest updates being put on the company’s cloud status page for Cloud AU1 – Sydney.

When contacted, Dimension Data has released this statement to TelecomDrive.com

“Dimension Data has confirmed that one of its global data centres has suffered a partial outage.

As a result of a failure in the company’s Sydney-based cloud data centre on 2 July 2014, a small number of Dimension Data clients have been adversely affected. Dimension Data is in regular contact with each of the affected clients to keep them updated on the situation.

The incident occurred in a section of the cloud data centre’s core storage infrastructure, and requires significant remediation action, including the replacement of hardware and restoration of services for all affected Dimension Data clients.

Dimension Data has rectified the root cause of the failure, and the company’s major incident team is continuing to restore services during the course of today, 4 July 2014. Complete service restoration is expected in the early hours of Saturday morning AEST, 5 July 2014.” 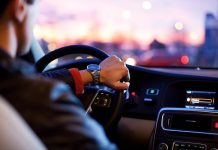 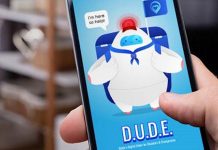