Having won promotion in the 2020-21 season, Peterborough United Football Club – known to all its fans as “The Posh” – currently play in the English Football League (EFL) Championship. The club is on an upward curve, enjoys strong local support and attracts a growing range of sponsors, ranging from local firms to international sports companies.

Like all industries, football is changing and embracing new technology. The Posh, like most professional clubs, has adopted advanced online booking and contactless payment systems and runs sophisticated online marketing campaigns. It is also making use of cloud-based apps and services. 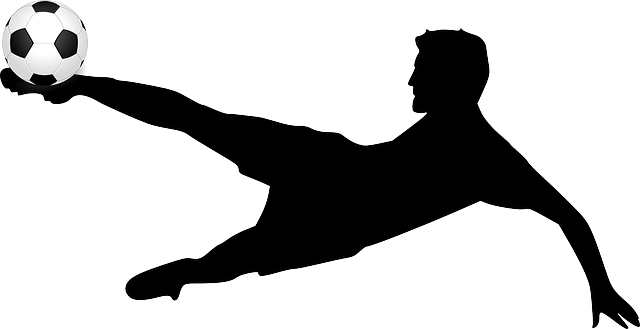 All of this requires sophisticated IT systems, responsive support, and reliable connectivity. As Chris Brewer, Head of Media and Ticketing at the club, explains, without good Internet connections, the club simply could not function – especially on matchdays.

“We need the connectivity to be there 24/7. All our ticket sales are done through Ticketmaster, and we also have an online shop, so it’s important that the Internet connection is always available. We need it to process our card transactions. On matchdays it’s just as vital. We need it to support the tills we have operating around the stadium for the food kiosks, bars, and the roaming orders in the suites. We also need it to support Wi-Fi in the hospitality and media areas.”

Although it is possible to book seats on the day of a match, most tickets are sold well in advance – and demand for attendance is high. The Posh are attracting average home gates of over 10,000 people and the club needs to make sure a top quality service is provided to supporters and guests before, during, and after the game. Football is also a highly competitive business, and it’s important for the club to maximise matchday income.

It was a few years ago now that, as IT and connectivity started to become more important, the club felt compelled to review its supplier partnerships. Chris Brewer said: “In the past we had not invested that much in IT, but as the club developed and we started to move towards going cashless, we started to see our IT infrastructure as being more important. We needed to make sure our network and connectivity was really strong.”

The club’s previous supplier had become more focused on other areas of technology. It needed someone that had a real focus on IT and connectivity and had more capability and resource. At about this time, a local IT company and CityFibre partner, Smart Solutions, had contacted Peterborough United FC about potential sponsorship options. They got talking about the club’s needs, and pretty quickly, started looking at proposals for new solutions and services.

Smart Solutions looked at every aspect of the club’s needs and was soon taking over the running of its IT systems and support. It also reviewed the connectivity options that were in place. Interestingly, The Posh already had a CityFibre connection; Peterborough had become one of CityFibre’s first Gigabit Cities with construction of a Full Fibre network beginning in April 2014.

The club had already been benefiting from CityFibre’s fast, reliable, and affordable connectivity for some years when Smart Solutions took over as its IT services provider. As part of its root-and-branch review, Smart Solutions switched them to a CityFibre Ethernet 1000 Flex service, which was more suited to its needs.

Flex is a truly flexible, Full Fibre Ethernet service with “burstable bandwidth”. It enables the customer to meet occasional surges in demand for capacity without committing to higher cost solutions. It provides 200Mbps synchronous speeds up and down as standard, with the option to “burst” up to 1Gbps as and when the additional bandwidth is needed, at no extra cost and with no prior requests. The extra capacity is there and ready to be used whenever it is needed.

This was ideal for Peterborough United FC as it often needs extra capacity on busy matchdays, and other occasions, such as when ticket sales open for big games.

In fact, the connectivity is so business-critical to the club that it has also installed a separate leased line connection from a different supplier. Certain services run over each connection, but if one goes down, the other can take over instantly.

Lee Bennellick, Managing Director at Smart Solutions, said: “We are a services provider and business contingency, resilience, and the user experience are all critical to our customers today. We know that we can rely on CityFibre to deliver on all those counts – that’s why we have made it part of our core offering at Smart Solutions.”

Indeed, Smart Solutions is now working closely with CityFibre to develop more opportunities and deliver the high-speed, reliable communications that its customers need to drive their business ambitions.

Fast, flexible, reliable connectivity is critical for Peterborough United FC. As well as being dependent on it for ticket sales, it also needs to support the important income generated by food and beverages on matchdays. With 45 point-of-sale terminals around the ground, the bandwidth has to be capable of transporting thousands of transactions, especially just ahead of games kicking-off, during half time, and in the period after the end of matches while hospitality continues, and the club shop is usually at its busiest.

Having a failover option as well is vitally important to Peterborough United FC, says Chris Brewer. “It is fundamental that we have an infrastructure that works on a matchday. If there is a blip in the connectivity at any time, we’d come to a standstill and during a matchday it would cause issues everywhere. We’d lose tens of thousands of pounds in revenue and be unable to provide Wi-Fi to guests, media, and staff. It’s something we just cannot afford to risk.”

Indeed, the club recently broke a record for food and beverage takings on a matchday, so the connectivity support for this part of its operations is becoming even more important.

It is also vital for everyday operations – to support the productivity of the club’s business apps and in particular, the Ticketmaster system through which all home and away supporters book tickets for matches at the club’s London Road ground. As Chris Brewer explains: ”If we lost our Internet connectivity, we’d come to a stand-still. We wouldn’t know what to do with ourselves.”

The dependable CityFibre connectivity also proved its worth during the UK lockdowns over the 2020-21 season. Staff who were not put on furlough were able to dial into the club’s network remotely knowing there was a stable connection in place.

Chris Brewer is entirely happy with the service and support provided by CityFibre’s partner. “Smart Solutions have been brilliant. I can’t fault them in any way. They are very knowledgeable and responsive. They always answer our calls quickly – even out of hours. They jump on it straight away. You are not sat there waiting on a ticketing system for hours.”

As a local firm, they have also become great supporters of The Posh, he notes, which helps as they really want to help on the rare occasions when anything does go awry.

The Posh are now looking to the future, consolidating their position in the English Championship, and one day challenging for promotion to the Premier League. A new ground is on the horizon, with a proposed site just across the River Nene. This will keep Peterborough United’s home within the town centre, allowing it to retain its identity and strong affinity with the people of Peterborough, which is so important to the ethos of club.

When this happens, there will be an even greater reliance on connectivity and IT systems. The club is looking at all kinds of exciting services, such as at-seat catering services with online ordering, options to pre-order items from the club shop for pick-up later, and to place in-play bets (such as next goal-scorer etc.) on the match while the game is taking place.

All of this will be underpinned by and dependent upon fast, high-bandwidth, flexible and reliable connectivity, so there is no question that Smart Solutions and CityFibre’s services will have an important part to play in the future success of The Posh.