The new Blue Planet policy subsystem will support advanced closed-loop automation use cases, such as preventing a potential failure or dynamically scaling capacity to support growing bandwidth demands. Additionally, it will give operators more control to create intent-based policies that better guide their networks to address potential obstacles and meet their key growth objectives.

Policy plays an essential role in closed-loop network automation by creating rules that guide the decisions and actions taken by software to automatically modify the behavior of the network.

Ciena is an active contributor to multiple open-source initiatives, including ONOS and CORD, MEF LSO, and others, and is a Silver Member of ONAP, having joined in 2017.

Blue Planet’s support for ONAP VNF descriptors and packaging specifications are available today, while the enhanced policy subsystem will be available in the second half of 2018.

“Open-source is driving much of the innovation and transformation taking place across the networking industry. As a member of the ONAP project and a Blue Planet customer, we see the value that technology providers like Ciena can provide by incorporating open-source software for potential deployment in our production network environment,” said, Art Nichols, Vice President of Architecture and Technology, Windstream.

“Having an established vendor of Ciena’s caliber affirming our approach for supporting best-of-breed technologies and solutions, is further validation of our organization’s work and brings us another step closer to full open source adoption. We are excited about how ONAP has seen a large community of end users, vendors and system integrators come together and products like Blue Planet show the adoption of the platform to meet ecosystem needs,” says, Arpit Joshipura, General Manager, Networking, The Linux Foundation. 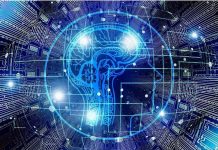