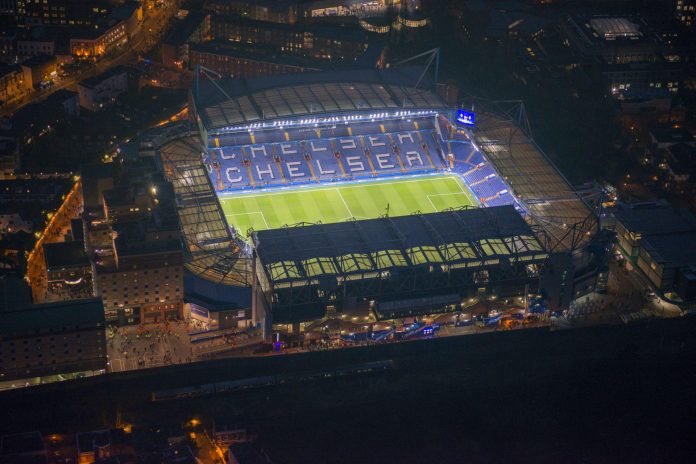 Ericsson has been unveiled as the connectivity partner for Stamford Bridge – Chelsea Football Club’s home stadium in Fulham, London. Free Wi-Fi coverage will be provided via the Small Cell as a Service connected venue business model whereby Ericsson designs, builds and operates the network on the customer’s behalf.

As a result, Chelsea FC will be able to provide fans throughout the stadium with a richer experience that enables them to interact digitally with each other, the club, friends and family.

In winning their fifth Premier League title in 2016/2017, Chelsea FC sold out every home match day at Stamford Bridge. Many fans used their smartphones to share photos and videos via social media, often stretching cellular networks to the limit. To ensure visitors can enjoy a seamless digital experience, Ericsson will design, build and operate a carrier-grade Wi-Fi access network and then manage it on Chelsea FC’s behalf.

Chris Townsend, Chelsea FC commercial director, says: “We look forward to a rich partnership with Ericsson which will directly assist the thousands of fans who come regularly to Stamford Bridge. Ericsson leads the way in providing innovative digital solutions and we welcome them to the Chelsea family.”

Arun Bansal, Senior Vice President, Europe & Latin America, Ericsson, says: “Our research indicates that people want to use their digital devices wherever they go – and the urge to connect is even greater at a Chelsea FC home game. Through this partnership, we will ensure the connectivity at Stamford Bridge matches the quality of the football and look forward to exploring further options that will enable Chelsea FC to take the digital experience to the next level.”

Through four weeks of football mania in Brazil in 2014, the Nordic World Ski Championships in Sweden in 2015, the 2016 European football tournament in France, and the 2016 summer sports event in Rio, Ericsson ensured the networks kept pace with the fans. Click here to read how we connect the most popular venues around the world.