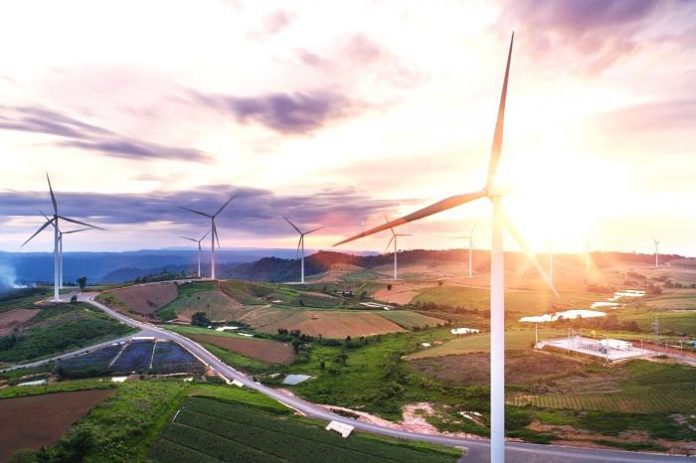 BT Group has launched two new initiatives, the Green Tech Innovation Platform and the UK Electric Fleets Alliance, which will drive the UK’s transition to Net Zero carbon emissions and contribute to a green post-Covid19 recovery for the UK.

The Company is today launching the Green Tech Innovation Platform. Working with Plug and Play, the world’s leading innovation platform headquartered in Silicon Valley, BT aims to uncover the latest technologies from UK-based tech scale-ups that could support BT and its public sector customers transition to Net Zero.

The partnership marks Plug and Play’s entry to the UK market and will explore three areas:

•Smart Streets: Insights from environmental monitoring and traffic optimisation sensors which can be easily integrated into ‘street furniture’ like the next generation of BT Street Hub units.

•Remote Working: Uncover ways 5G can be used to support innovative products and solutions that will reduce travel, e.g. using video, augmented reality or virtual reality to carry out remote repair and diagnostics by health and other public sector workers.

BT plans to announce scale-ups chosen through the platform in the Autumn and they will have the opportunity to partner and work collaboratively with BT and their customers. Partnerships will range from BT using its expertise to find a cheaper, faster initial route to market through to new revenue share models or even taking a stake in the business.

BT Group has the second largest commercial fleet in the UK with almost 34,000 vehicles, including more than 28,000 used by Openreach engineers.

BT has joined forces with The Climate Group to launch a new partnership – The UK Electric Fleets Alliance.

The Alliance will undertake a vital leadership role in the run up to the COP26 climate summit in 2021, highlighting the need to progress towards fleet de-carbonisation and helping to develop policy measures that support corporate Electric Vehicle (EV) uptake, such as stimulating EV supply and investing in EV charging infrastructure.

Since 2016/17, BT has reduced the carbon emissions intensity of its operations by 42% and by 8% from its supply chain.

Last year, BT helped its customers save 13m tonnes of carbon – three times as much carbon as its own end-to-end carbon emissions – achieving its 3:1 carbon abatement target one year early. For every tonne of CO2 emitted by BT – three tonnes of customer emissions were saved.

For the first time ever, BT has included progress on carbon reduction and on digital skills training in the calculation of bonuses for eligible employees. As part of the Company’s new remuneration policy set to be introduced this year, these two components will make up 10% of the Group’s bonus calculation, incentivising employees to contribute towards the targets.

Philip Jansen, BT Group Chief Executive, said: “The economic set back and immense hardship caused by the Covid-19 pandemic are severe and could be long lasting. However, despite the temporary reprieve on carbon emissions and air quality in towns and cities during the lockdown, the global climate emergency hasn’t gone away.

“As we emerge from the crisis, the recovery presents a huge opportunity for Governments, businesses and individuals to put action on climate at the heart of their efforts. We will be playing our part with a once-in-a-generation investment in the UK’s digital infrastructure: full fibre broadband to 20 million premises, as well as our continued investment in 5G mobile. We will also be backing new green technologies through our Green Tech Innovation Platform. BT is stepping up on climate action and we want to encourage and help others to do the same.”

BT has led on climate action for over 25 years and was one of the first companies in the world to adopt science-based targets, directly linking its own goals to the overall level of reductions in emissions needed to limit the most harmful impacts of the climate crisis.

As part of the transition to a low carbon business model, BT has pledged to become a net zero carbon emissions business by 2045 and has set targets in line with the most ambitious aim of the COP21 Paris Agreement – linking its targets to limit global warming to 1.5°C.

BT’s commitment to reducing its carbon intensity will help the UK Government meet its target of net zero emissions by 2050 and is calling on other companies to take similar measures and make similar commitments.