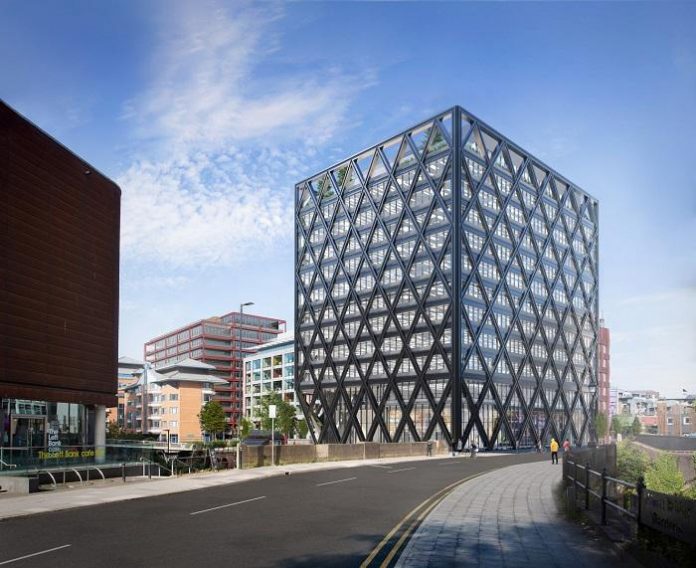 BT Group has announced that the landmark New Bailey development, close to Manchester city centre, will be its primary new home in the city and provide a future-fit workplace for thousands of colleagues.

The new building will complete the New Bailey scheme, close to the city’s Spinningfields business district. It will become a key hub for BT with the capacity for up to 2,000 colleagues – more than four times the number currently based in Manchester. The company will eventually occupy the full building, marking a major investment in the city.

In the coming months, most colleagues will continue to work from home but when government and public health guidance confirms it’s safe to return to the workplace, BT wants to ensure it has inspiring environments to work in. BT is proceeding with this multi-million investment in Manchester as it strongly believes that brilliant office environments, combined with a more flexible approach to home working, will play a vital role in its future.

BT has secured the lease and plans to move colleagues into New Bailey from late 2023. It comes as BT today also announced a new temporary home in Manchester while the new site is prepared for occupation.

The new temporary office at 125 Deansgate will give the leading telecoms and network provider the opportunity to grow its presence in Manchester, ahead of the transition to New Bailey. Deansgate is now ready for staff who want to work in the office in a safe and socially-distanced manner from this autumn, subject to government and public health advice.

The announcements are part of BT’s ‘Better Workplace Programme’ – one of the largest workplace improvement and consolidation schemes of its type ever undertaken in the UK. Manchester was announced in June 2018 as one of the first locations that will house BT’s workplaces of the future as part of the programme. The five-year programme will improve and consolidate BT’s footprint of corporate offices, contact centres and specialist sites across the UK.

Graeme Paton, BT’s managing director of Property and Facilities Services, said: “Our new buildings will bring our people together in an impressive and modern environment, transforming the way we work.

“Excitingly, they will become strategic locations for BT in the UK with a considerable increase in the number of colleagues based in this city. We hope our colleagues will be inspired by the new spaces, which will give them the tools and environment to be able to thrive. Our building at New Bailey will boast panoramic views over the River Irwell and across the city, as well as incorporating outstanding design features including a rooftop garden and exceptional communal spaces.”

Liz Needleman, BT Group regional lead for the North of England, said it was a huge boost for the city.

She said: “Manchester has already been revealed as one of our key cities and I’m excited that we have now identified the development that will provide an impressive, state-of-the-art building for our staff and represents our future vision as a company. I’m really pleased we’re able to make this long-term commitment to Greater Manchester during an incredibly difficult time for our economy due to the Covid-19 pandemic. Our new office spaces and increased presence in the city will make us one of the largest employers in the area.”

Teams based at BT’s new and refurbished buildings will benefit from the company’s investment in the latest technology. BT’s ambition is to increase efficiency and productivity, improving its ability to do the best for its customers. The Better Workplace Programme will deliver a combination of moves like this, into new offices, as well as the refurbishment of some existing BT buildings. The programme is expected to be complete by 2024.

BT Group plays an important role in the North West’s economy and directly employs more than 7,000 people in the region. According to an independent report, it generated a £1.6bn (£1,600 million) contribution – expressed as “Gross Value Added” (GVA) – to the North West economy during the 2017/18 financial year.