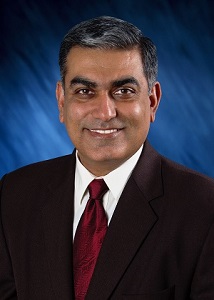 Whether it is mobile, wireless, Ethernet or the millimeter wave segments, Broadcom is an organization which is thriving on innovation and working out on complexities around silicon to simplify modern day solutions. Zia Askari from TelecomDrive.com spoke with Rajiv Kapur, Managing Director, Broadcom India about the company’s core focus for its India operations and how does the organization look at technologies such as Wi-Fi or the IoT space.

What is the big focus for Broadcom in India and what are some of the big priorities for the company?

From an R&D perspective India has ramped up quite significantly to become the largest R&D center outside the US.

India contributes to a wide diversity of Broadcom’s product portfolio across mobile and wireless, set top boxes and Ethernet switches and when it comes to handling silicon complexities, there are pretty diverse skill-sets in the teams within Broadcom India.

The priorities are to continuously deliver to cutting edge technologies which are mainstream to Broadcom’s business. On the business side, India has always been an exciting end-market for us. It is one of the growth drivers for us in the world.

We are heavily invested in LTE space today. We have multi hundred people working in LTE space within India working towards delivering the right silicon at the right time in the market.

Chips are getting smarter day by day and concepts such as Internet of Everything or IoE are set to further the microship ecosystem. How does Broadcom look at IoE space?

We are getting very excited on the development of IoT space and the prospects that it brings and more so because chips are getting more and more embeddable.

Now it is a question of getting smaller, cheaper and getting smarter and more intelligent and consuming less power. Internet of Things is the next wave of chip consumption that we see and we are very excited about it.

The players that will succeed in the IoT space, may not be the companies that we are aware of – because these could come from completely non IT backgrounds – companies focused on appliance, clothing or sports, could become really big when we talk about IoT space.

IoT for the western world could relate to a smartwatch or a health monitor that can tell you more but a wearable in Indian context could be – how do I solve the problem of women’s safety. And as the barrier to entry in the IoT world is quite low, it can open a lot of space for Indian companies to venture out in this segment and create their own niche.

With the proliferation and lowering of price points of smartphones has now put a very powerful controller in everybody’s pocket. We are investing heavily on creation of next generation standards and products based on standards to service IoT space using Bluetooth and Wi-Fi as a basic technology.

I think India has missed a few of the revolutions in the past. The PC revolution happened and we didn’t make a dent, we barely have a supply chain servicing our own consumption. Internet also happened but I can’t remember any major portal that really stood apart on the global map. But we have a big chance with IoT today, because of the fact that there is very little that is needed to make an entry into this space.

As a technology Wi-Fi is now turning out to be a big technology of choice for operators and enterprise community. How does Broadcom look at Wi-Fi as a great enabler of communications?

The most interesting aspect of Wi-Fi to the telecom world is that it is an unlicensed spectrum but the problem is also that it is unlicensed spectrum. The 2.4 Ghz band is a very crowded band and as result of it, this band has its own limitations from a telecom point of view. Telecom is all about quality of service and reliability of service. Data is forgiving but voice and video are not.

So, Wi-Fi has a very interesting proposition for a telecom operator. They can utilize Wi-Fi hotspots to offload telecom spectrum usage. It is happening worldwide.

We innovated on the microwave backhaul technology to make its capacity upto 5 gigabits per second. We do have this solution available in chips but it is not yet rolled out in the market.

What kind of challenges do you face in India and how do you overcome these challenges?

The further you are from the end market, the harder it gets to innovate in the engineer’s mind. But internal to the company, we have learnt how to do multi-geography projects that are very complex in nature.

The relevance of local market is rising within Broadcom today, so it is turning out to be an advantage, what was our disadvantage some time back.

Some time back, the Indian government announced that the country is going to have two Fabs in India – one in Greater Noida area and the other one in the state of Gujarat. How does Broadcom look at this development?

From a Broadcom’s standpoint, we are a ‘fabless’ company, so we outsource Fab. However, this is a good thing as we will have more choices. It will also create large job creation for the country. It has to be good for supply chain of material market, it has to be good for copper market. It will streamline a few of the problems that other factories can benefit from like a fab has a certain supply chain shipment movement requirement – if the country can figure out, how to strategically make the fab functional, then it should have long term bearing on multiple industries. I think that a fab will do good things for India.