ADVA has announced that Brian Protiva is to step down as CEO. After a transition period of several weeks, Protiva will assume the role of vice chairman of Acorn HoldCo, Inc. (the holding company of Adtran and ADVA).

Christoph Glingener will be appointed ADVA’s new CEO and will also continue as the company’s CTO. During Protiva’s 25-year tenure as chief executive officer, he successfully steered the company from a small start-up to an industry leader in metro WDM and Ethernet access devices. As ADVA is about to complete its business combination with Adtran, Protiva will support the further unification of the companies over the coming months.

“Working side-by-side with Brian for eight years, I was privileged to see one of the industry‘s true leaders develop a world-class company. During his 25 years as ADVA’s CEO, Brian helped define a whole new landscape of innovation and possibilities,” said Nikos Theodosopoulos, chairman of ADVA’s supervisory board. “From broadband connectivity to mobile communications to data security, Brian played an integral role in building the infrastructure that forms many of today’s foundational building blocks. And this commitment to the industry isn’t going to end here. As a board member of Adtran, he will continue to help steer the industry and drive a new wave of opportunities.” 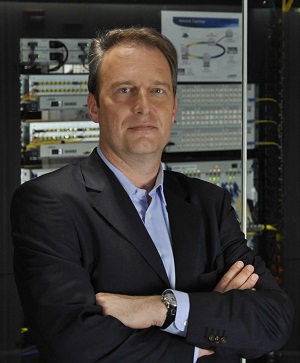 Protiva will be succeeded by ADVA’s long-serving CTO, Christoph Glingener. For 15 years, Glingener has molded the company’s technology roadmap, introducing a number of industry-defining products that are now being used by service providers and enterprises across the globe.

As CEO, Glingener will continue to support ADVA’s business combination with Adtran while maintaining his current work as CTO. Glingener will assume the role of CEO after a transition period of several weeks with the full support of the company’s supervisory board.