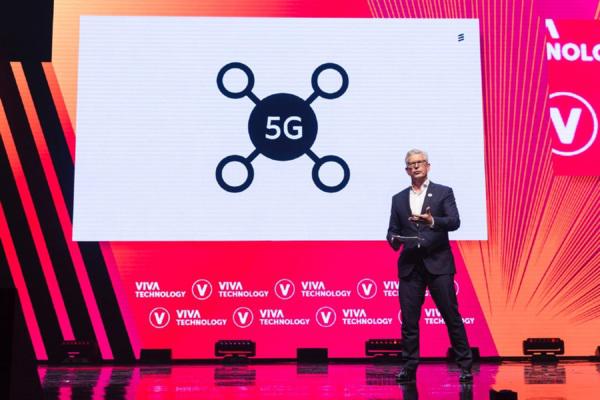 Speaking at the Viva Technology Conference 2019 in Paris, France -Ericsson President and CEO, Börje Ekholm, has warned that Europe needs urgent and decisive action if it is to benefit from the competitive and innovative capabilities of 5G or it will lose out to the U.S., China, and other regions.

In a keynote address – Europe and 5G: the need for speed – to an audience of international political and business leaders, start-ups, and innovators at the Viva Technology Conference in Paris on May 16, Ekholm called on European governments and regulators to act fast to remove barriers hindering speedy 5G roll out.

Ekholm highlighted Ericsson’s ability to roll out 5G now for customers anywhere in the world by pointing to live commercial 5G networks with lead customers in the U.S., Korea, and Swisscom in Switzerland. He said commercial 5G launches are also close in other regions.

But unlike the US and Asia he said Europe as a whole lacks a concerted regulatory effort to facilitate the speedy realization of 5G digitalization. Failure to quickly address this means the region will be at a competitive disadvantage, he warned.

“It’s time to speed up 5G in Europe,” he said. “We can’t afford to have our enterprises and entrepreneurs innovating on infrastructure that isn’t built for the future. 5G and digitalization must be viewed as a critical part of European national infrastructures – just as vital as trains and ports.”

Ekholm said this mindset already exists in the U.S. Asia, and elsewhere.

“The US and China sees 5G as a critical national infrastructure and the backbone of digitalizing society.”

He said Europe had the same approach when 4G was launched, failing to act on the technology, while the US and Asia pressed ahead, resulting in Europe falling three-to-four years behind.

It was no coincidence, he said, that big 4G winners such as Alibaba, Netflix, and Tencent – emerged from the U.S. and China, and not Europe.

“It’s up to countries to decide if they want to be part of the revolution that 5G is going to bring,” he said.

Ekholm said 5G spectrum must be made available in a coordinated fashion and at reasonable prices to catalyze the roll-out of digital infrastructure.

“Today a spectrum auction is deemed a success if it raises the maximum amount of money for the tax income of the government,” he said, “But the reality is that we need to factor in all the other benefits you would get from rapidly building out the telecom infrastructure.”

Ekholm also called for action on the length of spectrum licenses, saying the current approach in Europe results in investment uncertainty among operators in the latter part of a licensing period.

On security, Ekholm stressed Ericsson’s commitment to working with others to ensure that security concerns are addressed and answered, in a way that doesn’t defeat the purpose of the technology.

“With 5G, when we have the ability to connect every ‘thing’ security is of course of critical importance,” he said. “End-to-end 5G security was actually factored-in when 5G was designed.”

But as with every system in the history of technology, Ekholm said it is not possible to always guarantee 100 percent security.

“We see large enterprises reaching out to us to ask about the resiliency of 5G networks and also IPR theft, he said. “The question about security is a global question and it’s going to be big.”

“Ultimately, we believe operators will make choices for what kind of customers they will serve and what kind of network and operations they are going to have, and that will drive how the security looks.”

Ekholm said this was why Ericsson doesn’t ´believe that extensive post-development testing is the solution.

“Actually, we believe that post-development testing and source code disclosure risks creating a false sense of security. In modern software development we have continuous deployments. For example, we have new feature roll out every two weeks. So, if we are going through that testing cycle it will just delay the introduction of new features.”

Ekholm closed by addressing how 5G could help to create a more sustainable Europe.

French President Emmanuel Macron; Canadian Prime Minister Justin Trudeau; and former US Secretary of State John Kerry, were among the main stage speakers on Day One of the Viva Technology conference, as well as several major tech CEOs.