Powered by Cisco’s core network equipment, Bhutan Telecom is all set to unveil its first Tier III Data Center based at Phuentsholing, Bhutan and target the enterprise community in India, Nepal and Bhutan for its cloud and disaster recovery service offerings.

With an aim to provide next generation technology services to its customers, Bhutan Telecom, based in the picturesque Himalayan Kingdom of Bhutan is all to unveil a first of its kind Tier III capability data center in the month of October 2014.

Location: Phuentsholing, Bhutan (where BT has its International Gateway as well) 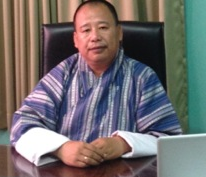 According to Jichen Thinley, Project Manager, Bhutan Telecom, “This is a big move by Bhutan Telecom and we feel proud to be able to offer cloud and disaster recovery services for enterprise and SMB customers, not only in Bhutan but also for our neighboring regions of India and Nepal. This Tier III “BT Data Center” is scheduled to function tentatively from October 2014,” he explains.

Increasing their customer bonding within the enterprise and SMB community, globally as well as in India, there are many service providers which are successfully targeting the enterprise while offering cloud computing and disaster recovery services.

Once the Data Center is fully operational, Bhutan Telecom will be able to offer two kinds of services.

1. Leasing of space as follows

A. In sq ft for big enterprise customers

B. Server Rack space to small and medium enterprise customers

C. Server Space for individual customers, where they can have admin access to upload and download their data

2. Bhutan Telecom is also planning to start its own cloud based services powered by its Data Center.

“For the core network we will be using Cisco as and for the server hardware we will be going with the best server vendors. In Bhutan most of the enterprise customers are aware of BT Data Center and some have already approached us. We are also looking at extending our Data Center services as DR sites for enterprise customers in India, Bangladesh and Nepal given the cheap clean power from hydro electricity and ambient environments for IT business that is in place,” he adds on.

As far as data center architecture is concerned, a four tier system provides a simple and effective means for identifying different data center site configurations topologies. The Uptime Institute’s tiered classification system is an industry standard approach to site infrastructure functionality and addresses common benchmarking standard needs. The four tiers, as classified by The Uptime Institute include the following:

•Tier 1: comes with a single path for power and cooling distribution, without redundant components, providing 99.671% availability of services.

•Tier II: comes with a single path for power and cooling distribution, with redundant components, providing 99.741% availability of services.

•Tier III: is composed of multiple active power and cooling distribution paths, but only one path active, has redundant components, and is concurrently maintainable, providing 99.982% availability of services to its set of customers.

Why EXFO has Rejected Acquisition Bid by Viavi?