Home Digital Services Behind the NZD: Why New Zealand Adopted the Dollar 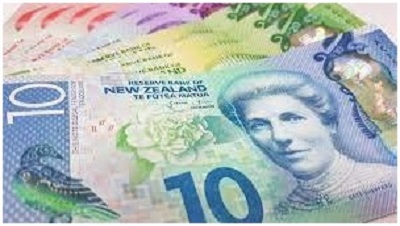 Why Did NZ Change from Pounds to Dollars?

New Zealand’s currency has a long and illustrious history, dating back over 160 years. In fact, New Zealand used its coins and banknotes before British money was even legal tender in the 1800s. Nothing became official until 1933, when New Zealand released its first official coins, which were based on the British pound, shilling, as well as pence.

The New Zealand dollar is known as the ‘Kiwi,’ after the flightless bird kiwi, shown on one face of the nation’s $1 coin.

The “tails” face of the first coins featured images of New Zealand’s native birds, a tradition that has been perpetuated, with the British monarchy on the “head” face.

The Reserve Bank of New Zealand was created in 1934 and became the country’s exclusive provider of banknotes. The original notes included a kiwi, the nation’s coat of arms, Maori King Tawhiao, and Fiordland’s Mitre Peak, among other designs.

When Did New Zealand Adopt the Dollar?

The Reserve Bank had to wait another 30 years before replacing the currency of pounds, pence, and shillings with genuine dollars and cents. The Bank created 27 million new banknotes and 165 million new coins in 1967 solely.

The New Zealand dollar has a rich history of vivid and striking money, and its printed design has evolved multiple times since its inception. The pictures of Queen Elizabeth on all banknotes were changed in 1992 to include renowned New Zealanders like Edmund Hillary, Kate Sheppard, Apirana Ngata, and Ernest Rutherford on the backs of the notes, as well as native birds and plants.

The New Zealand government has been producing polymer or plastic variants of the New Zealand dollar since 1999, making the currency more safe against counterfeiting. Furthermore, the improved polymer composition has extended the note’s lifespan.

The polymer note is expected to endure four times as long as ordinary linen or otherwise paper notes. Surprisingly, the polymer note can be washed without causing any harm to the substance. The currency received its most recent version in 2016, with even brighter colours and improved security measures.

The Correlation Between NZD and USD

As a result, the interest rate disparity among the Reserve Bank of New Zealand (RBNZ) and the Federal Reserve (Fed) will impact the relative value of these currencies. Whenever the Fed gets involved in open market operations to boost the US currency, for example, the worth of the NZD/USD cross may fall as the US dollar strengthens against the New Zealand dollar. The New Zealand dollar is a carry-trade currency because it pays a high return. Therefore, investors will frequently purchase it and finance it with a lower-yielding currency like the Japanese yen or Swiss franc.

Throughout the financial crisis, the New Zealand dollar was one of the numerous high-yielding currencies that dropped during 2008 and 2009. During 2007-08, margin trading holdings on the NZD/Japanese yen exchange rate progressively increased as Japanese investors took benefit of the significant interest rate disparity between New Zealand and Japan. The total net long positions maintained by Japanese margin traders in the NZD dropped by over 90% amid the volatility in global financial markets from mid to late 2008. Dairy prices and visitor numbers are two more factors that influence the NZD. New Zealand is one of the leading suppliers of whole milk powder globally.

This indicates that if milk prices increase, the New Zealand financial system will likely do well, causing the currency to rise. Another essential part of New Zealand’s economic situation is tourism. As a result, the economy thrives, and the currency appreciates as the number of visitors to New Zealand grows.

Why is the New Zealand Dollar so Strong?

Because the value of a currency fluctuates, the NZD’s value may not forever be as strong. However, due to the New Zealand economic system’s stability and prospects, the NZD is seen as a stable currency. New Zealand’s tourist industry is a major economic driver; therefore, the currency tends to strengthen when the industry is doing well. Other economic parameters, such as the growth rate, GDP, unemployment, and inflation, are all robust, resulting in a strong currency.

Is the New Zealand Dollar a Good Currency to Invest In?