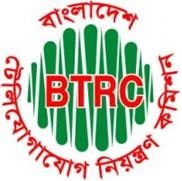 Heralding a new era of progress, India and Bangladesh have agreed to move forward on bilateral cooperation in two high technology areas – nuclear field and space – at the recently held third round of the India-Bangladesh foreign ministers’ Joint Consultative Commission (JCC) meeting.

During their meeting in New Delhi last week, Foreign Ministers Sushma Swaraj and Abul Hassan Mahmood Ali noted with satisfaction that bilateral ties have become “truly multi-faceted”, and acknowledged that high-level visits can infuse dynamism and momentum in bilateral ties.

In the last six years, the governments of both nations have flagged and signed memoranda of understanding on approximately 51 issues, and committed to address them.

It may be recalled that during a recent visit to the Indian Space Research Organization (ISRO), Prime Minister Narendra Modi had said he wanted the benefits of India’s significant expertise in science and technology and space to reach other developing nations, especially member-nations of the South Asian Association for Regional Cooperation (SAARC). He urged ISRO to develop a satellite designed to serve all SAARC nations.

In recent times, the Asian space race has picked up momentum, with under-developed nations actively competing with each other to achieve scientific and technological advancements in space. Bangladesh is one such example.

Referring to Bangladesh’s interest in these areas, Joint Secretary (BM) Sripriya Ranganathan said, “We have had very preliminary discussions at the technical level with Bangladesh. We have put the offer on the table that whatever returns they feel that they can gain by collaborating with us, whatever be the form, we have given them more or less a carte blanche to tell us what they would like to do. So, we are awaiting their response to it.”

Bangladesh is expected to launch its first satellite by 2017, opening a new era in communication and broadcasting and creating new businesses. So far, Bangladesh and Nepal have relied on foreign satellites, such as those provided by India, to access the extensive benefits that space technology offers.

Bangladesh is apparently keen to launch its satellite, but its space program has suffered due to irregularities and wrong doings.

Why EXFO has Rejected Acquisition Bid by Viavi?