The FirstNet network offers first responders and those critical to their response a purpose-built experience they can’t get anywhere else. That includes truly dedicated coverage and capacity when they need it.

FirstNet already covers over 99% of the U.S. population today. But to better serve public safety, AT&T is actively extending the nationwide reach of FirstNet to give agencies large and small the reliable, unthrottled connectivity and modern communications tools they need.

AT&T is rolling out high-quality spectrum, known as Band 14. The FirstNet Authority – an independent government agency – granted AT&T the right to use Band 14 specifically to support public safety subscribers on FirstNet.

In areas where coverage already exists, AT&T is using Band 14 to help first responders get the capacity they need to get the job done. So far, Band 14 has been deployed on existing cell sites in more than 700 markets nationwide.

AT&T is also launching new FirstNet cell sites across the country to expand rural and remote coverage – including areas where emergency responses have been previously challenged by a lack of connectivity. Areas to benefit from a new, purpose-built FirstNet cell site include: 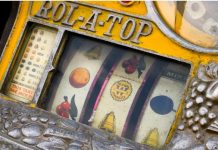