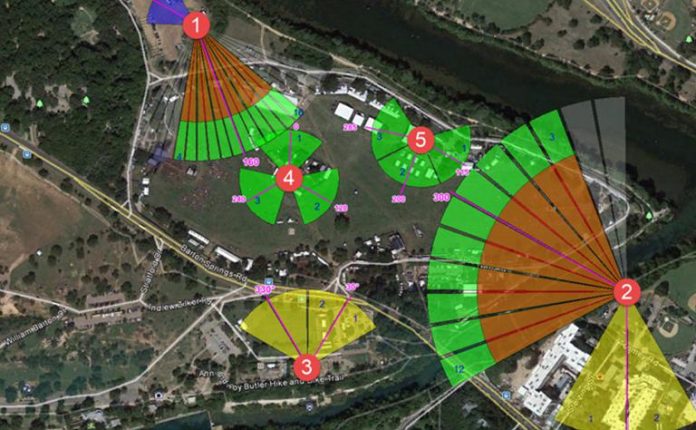 It doesn’t matter if you’re a little bit country or a little bit rock ‘n roll, an annual festival in the heart of Texas brings music lovers from all different genres together in one place. Over two weekends in the Texas state capital, tens of thousands of fans come together to listen to independent, mainstream and unique artists, which means selfies, videos and live streams galore!

That’s where we come in. We were the only wireless provider with 5G+ with millimeter wave in the park during the event, meaning fans could get ultra-fast speeds to share their content, search for the next artist and explore the venues.

“It is essential to provide seamless connectivity, especially in events like the one in Austin, since the fans continuously upload pictures and videos, which can congest the network,” said Mohammad Rahman, principal RAN design engineer, AT&T. “We knew with close to half-a-million tickets sold in less than three hours for this event, our network would need to stand out.”

To help customers at the festival make calls and post videos and photos, our teams spent the last year planning for this event. That meant finding the best place for our eight millimeter wave (mmWave) nodes inside the park making it possible for 5G+ speeds, three Cell on Wheels (COWs), and dozens of basebands (BBUs) and radios (RRU).

“Although our competitors deployed assets close to the park, they didn’t have any assets inside the park, unlike AT&T,” said Rahman. “As a result, only AT&T customers had access to millimeter wave (mmWave) from the center of the park during the event. It is a big win for the AT&T South Texas Team.”

“The South Texas team worked around the clock and up into the 11th hour to pull this event off! The team overcame challenges to deliver the ultimate customer experience,” said Christopher Freyhof, Director of Access Construction & Engineering, AT&T. “We were able to get into the park just two weeks before the first artist took the stage. But the team faced the music and successfully built, tested and launched our AT&T network.”

Amid the guitar riffs and drum solos, we wanted fans to enjoy the full experience. That’s why each COW was equipped with Band 14 spectrum antennas for FirstNet® – the only network built specifically for America’s first responders.

All that work paid off. By the final bow this year, our network handled more than 66,625.54 GB of data. That’s up from the previous festival by almost 10%. That’s the equivalent of streaming the live concerts in HD (1080p) for eight hours a day, every day for 15 years!

“The team is happy when the AT&T customers are happy,” said Rahman. “We are successful when we can deploy the assets on time and optimize the network to offer the best possible service to AT&T users throughout the event.”