Home 4G Asus announces ROG Phone5 – and it’s going to be the most... 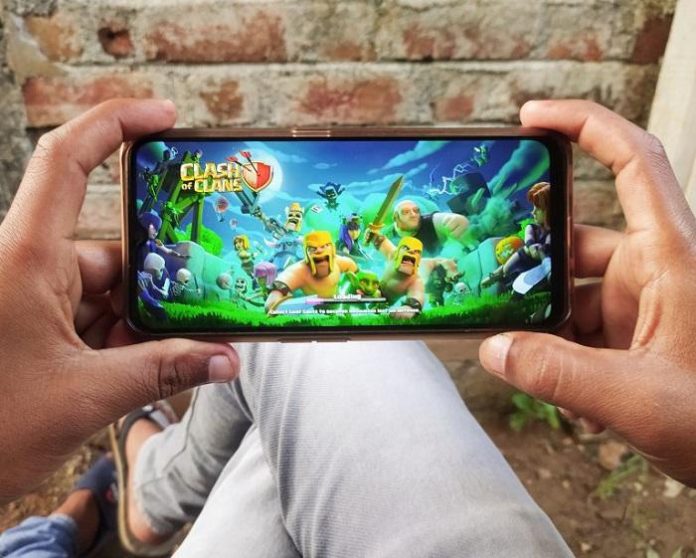 Asus has announced its new gaming phone, the Asus ROG Phone 5. The successor to the Asus ROG Phone 3 boasts specs off the charts making it the most powerful Android smartphone in India. The ROG Phone 5 is set to be available for sale in India and globally starting April 15, bringing the next generation of mobile gaming to players.

The cream of the crop, however, is the ROG 5 Ultimate which will be the pick of all hardcore ROG gamers. Boasting an incredible 18GB RAM and 512GB storage the ROG 5 Ultimate is priced at Rs 79,999. It will take the throne of the spec-wise most powerful Android smartphone in India, which is currently held by the Samsung Galaxy S21 Ultra.

Asus went all out with its new gaming flagship phone and didn’t settle for anything less than top-notch. It is not only the first smartphone in India to offer 18GB LPDDR5 RAM, but also the first with Qualcomm’s flagship processor, the octa-core Snapdragon 888 5G. The phone offers a6.78-inch Samsung AMOLED panel with 144Hz display and is equipped with a massive 6000mAh battery giving it enough juice for long gaming sessions. The ROG 5 has a Sony IMX686 main camera sensor with an additional 13MP ultra-wide sensor and a 5MP Macro lens. The front camera offers 24MP for selfies.

A myriad of gaming features offers the best experience for mobile gamers. The AirTriggers shoulder buttons that were already part of the predecessor ROG 3 have been improved and are now more sensitive while offering motion triggers that can be customised. The gaming X mode and Armory Crate also offer a lot more customisation options for gamers. The improved and redesigned cooling system AeroActive Cooler 5 enables a higher thermal efficiency by moving air directly to the CPU in the centre of the device. While the 6000mAh battery should last quite a while, it can be recharged swiftly thanks to 65W fast charging support. Boasting those high specs Asus just launched a powerful device speaking to the ever-growing gamer community in India.

The growing games industry in India

Asus is launching the new generation of ROG phones in India simultaneously as the rest of the world. This comes as no surprise, given the Indian mobile games market is rapidly growing. With smartphone usage surging, and increased connectivity speeds mobile gaming has never been more easily accessible. People from all walks of life now play all kinds of games on their mobile devices. The game leading the list of the top-grossing Android apps is the battle royale Free Fire by Garena, which places up to 50 gamers on a remote island to fight for their survival. Lords Mobile is another popular game that has players building cities and defending and expanding them with real-time strategy.

Besides the semobile hits, some traditional local games are also widely popular on mobile devices such as the Indian poker card game teen patti. As one of the most popular casino games in India, it is available to be played online at some of the best online casinos in Asia which have been tested and reviewed by experts. Beside Indian card games like teen patti and rummy, other games such as slots, blackjack, etc. are also available to be played online and on mobile. Another traditional game that has made its way onto mobile screens is the traditional board game Ludo, which was modernised and turned into the mobile game Ludo King to be played online and on the go.

The gaming scene in India is one to watch that has been growing considerably. With the new Asus ROG Phone 5 with incredible specs and the ROG 5 Ultimate sporting an 18GB RAM overkill, mobile gaming is about to enter its next level in India. Just a few more sleeps: on April 15 the new top-class gaming phone will be available for sale.