Apple has announced a first-of-its-kind carbon removal initiative — called the Restore Fund — that will make investments in forestry projects to remove carbon from the atmosphere while generating a financial return for investors.

Launched with Conservation International and Goldman Sachs, Apple’s $200 million fund aims to remove at least 1 million metric tons of carbon dioxide annually from the atmosphere, equivalent to the amount of fuel used by over 200,000 passenger vehicles, while demonstrating a viable financial model that can help scale up investment in forest restoration. 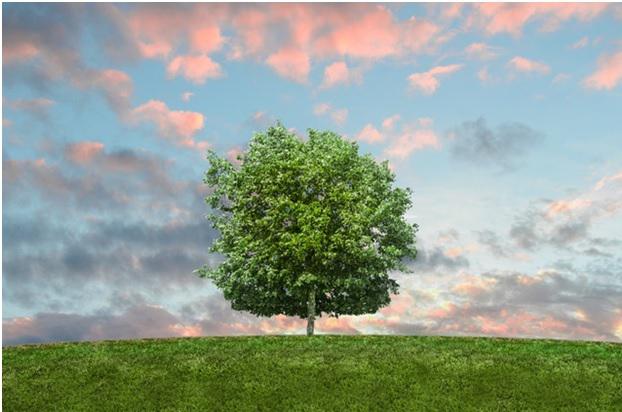 “Nature provides some of the best tools to remove carbon from the atmosphere. Forests, wetlands, and grasslands draw carbon from the atmosphere and store it away permanently in their soils, roots, and branches,” said Lisa Jackson, Apple’s vice president of Environment, Policy, and Social Initiatives. “Through creating a fund that generates both a financial return as well as real, and measurable carbon impacts, we aim to drive broader change in the future — encouraging investment in carbon removal around the globe. Our hope is that others share our goals and contribute their resources to support and protect critical ecosystems.”

This effort is part of Apple’s broader goal to become carbon neutral across its entire value chain by 2030. While the company will directly eliminate 75 percent of emissions for its supply chain and products by 2030, the fund will help address the remaining 25 percent of Apple’s emissions by removing carbon from the atmosphere.

Trees absorb carbon as they grow, with researchers estimating that tropical forests hold more carbon than humanity has emitted over the past 30 years from burning coal, oil, and natural gas, despite ongoing deforestation. The partnership aims to unlock the potential of this natural solution by scaling it in a way that makes it attractive to businesses.

Apple has partnered with Conservation International and Komaza, a sustainable “micro-forestry” company in Kenya, to support its positive impacts on carbon, biodiversity conservation, and socioeconomic development. Photo: Will Swanson for Komaza.

To ensure that the carbon stored in forests is being accurately quantified, and permanently locked out of the atmosphere, the Restore Fund will use robust international standards developed by recognized organizations such as Verra, the Intergovernmental Panel on Climate Change, and the UN Climate Convention.

And it will prioritize investments in working forests that improve biodiversity through the creation of buffer zones and natural set-asides.

Conservation International is a co-investor in the fund and is ensuring that projects meet strict environmental and social standards. Goldman Sachs is managing the fund. The three parties will identify new projects later this year.

“Innovation is core to Apple’s approach to climate solutions, and Goldman Sachs is proud to partner with them and Conservation International,” said Dina Powell, Global Head of Sustainability and Inclusive Growth at Goldman Sachs. “We all agree that the urgency of climate transition requires private capital to work alongside new and established efforts aimed at sustainably removing carbon from the atmosphere with rigor and high standards. We believe launching this fund can catalyze significant additional investment capital for climate impact.”

The Restore Fund builds on Apple’s legacy of work in forestry conservation. For three years running, Apple has used 100 percent responsibly sourced fibers in its packaging and improved the management of more than 1 million acres of forests globally to date. Apple has also pioneered groundbreaking carbon projects with Conservation International that protect and restore grasslands, wetlands, and forests.

“Investing in nature can remove carbon far more effectively — and much sooner — than any other current technology. As the world faces the global threat climate change presents, we need innovative new approaches that can dramatically reduce emissions,” said Dr. M. Sanjayan, CEO of Conservation International. “We are excited to build on our long-standing partnership with Apple and believe the groundbreaking approach with the Restore Fund will make a huge difference and benefit communities around the world with new jobs and revenue that support everything from education to healthcare.”
Two people steer their boats in a mangrove forest in Colombia.

In 2018, Apple partnered with Conservation International as well as local government and conservation organizations in Colombia to protect and restore a 27,000-acre mangrove forest.

In 2018, Apple partnered with Conservation International, local government, and conservation organizations in Colombia to protect and restore a 27,000-acre mangrove forest in the country. The aim is to sequester 1 million metric tons of carbon dioxide over the project’s lifetime.

These mangroves not only protect the coasts and help support the livelihoods of residents in those communities where they grow, but they also store up to 10 times more carbon than forests on land. This project is the first to use “blue carbon” methodology to rigorously value the entire mangrove system — both above and below the waterline — for its climate mitigation impacts.

Apple and Conservation International have also partnered with local conservation organizations in Kenya to restore degraded savannas in the Chyulu Hills region, an area between three national parks in Kenya and just across the border from Kilimanjaro National Park in Tanzania. Scaling up this work across the degraded rangeland and natural savannas across Africa could remove hundreds of millions of tons of carbon from the atmosphere each year, while also benefiting local communities and wildlife.

Apple’s customers can also take part in supporting these efforts. For each Apple Pay purchase from now through Earth Day, Apple will make a donation to Conservation International to support its efforts to preserve and protect the environment.

Since 2017, 100 percent of the virgin wood fiber used in Apple’s packaging has come from responsible sources — the same sort of responsibly managed working forests in which the Restore Fund intends to invest. This represents the company’s first closed-loop material as part of its goal to one day make products using only recycled or renewable materials.

Progress to this goal has involved steady innovations that have the potential to change the future of sustainable packaging. After launching the first iPhone with majority-fiber packaging in 2016, Apple’s newest iPhone 12 lineup now arrives to customers in packaging that comprises 93 percent fiber-based materials. This includes the fiber-based screen cover that protects the display and for the first time replaced the standard plastic film.

Since 2017, 100 percent of the virgin wood fiber used in Apple’s packaging has come from responsible sources.

The Future of the Telecom Industry: What to Expect in the Next Few Years