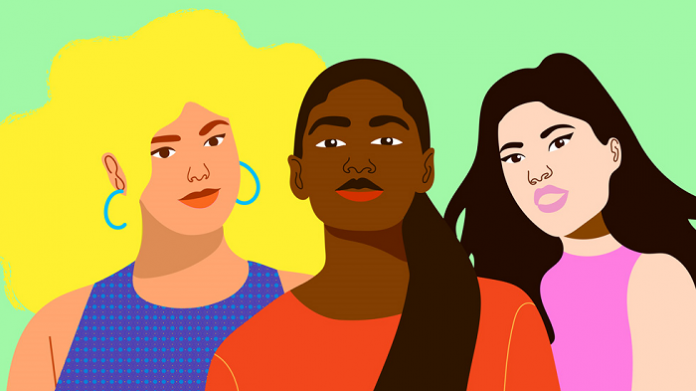 In March, a special Today at Apple series “She Creates” will offer opportunities to learn from women using creativity to illuminate big topics and empower others. Artist Aurélia Durand, who created the collection artwork, will host an Art Lab using iPad at Apple Champs-Élysées on March 7.

Select stores will host more than 100 sessions led by women across industries and mediums who are empowering those around them through creativity, including co-chair of the Women’s March Linda Sarsour, musicians Meghan Trainor and Victoria Monét, designer Carla Fernández, and many more.

“Celebrating the work, spirit and contributions of women is so important to Apple,” said Deirdre O’Brien, Apple’s senior vice president of Retail + People. “We’re thrilled to recognize International Women’s Day through the ‘She Creates’ programming series and bring these experiences to our stores so everyone can be inspired by some of the world’s most passionate and innovative creators.”

Today anyone can sign up for two new Today at Apple sessions in Apple Stores worldwide. In a new Music Lab featuring the music of Alicia Keys, participants will learn from her creative process to remix their own version of her new song “Underdog” using GarageBand on iPhone and iPad.

At Apple Champs-Élysées on March 3, artist Johanna Tordjman will lead a session guiding participants through using Procreate on iPad to combine photography, painting and collage in thoughtful representation of subjects.

Chicago’s froSkate crew offers a space for women, queer, trans and gender-nonconforming people of color to challenge personal limits and find community through skateboarding. On March 26 at Apple Michigan Avenue, froSkate founder Karlie Thornton will tell her story of creating the group before prompting participants to use iPad and Apple Pencil to brainstorm their own ideas for an inclusive community the world needs.

San Francisco-based fashion, lifestyle and travel photographer Anna-Alexia Basile will host a Photo Lab at Apple Union Square on March 12 that invites participants to get hands-on with iPhone and experiment with backdrops and props after learning about her bold style.

Beginning today, anyone can sign up for two new Today at Apple sessions inspired by women and led by Apple. A Music Lab featuring the music of Alicia Keys invites participants to deconstruct her new song “Underdog,” learn what inspires her to create, and remix their own version using GarageBand on iPhone and iPad.

A new Art Lab titled “Playful Portraits” draws inspiration from three female artists from New York, Tokyo and Warsaw. The session will guide participants in transforming an everyday photo into a work of art with patterns, stickers and colors using the Procreate app on iPad Pro.

A special collection available now on the Apple TV app features women who are changing the narrative through storytelling across movies and TV. For a limited time, the Apple TV app is also offering extended free trials of Apple TV channels subscriptions from Starz, BritBox, History Vault and Lifetime Movie Club, which feature compelling female-led shows and movies.