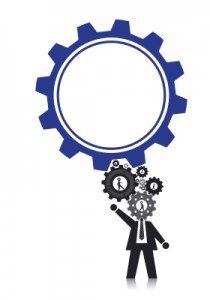 Cupertino based Apple Inc has acquired PrimeSense, a company specialising in 3D-sensor technology, for a consideration of $360 million.

It may be recalled that PrimeSense was closely involved with Microsoft’s development of the first generation of Kinect devices, accessories for the Xbox gaming platform that allowed the sensing of player movement as user input and have proved to be a big game changer in the gaming industry.

Experts close to the industry claim that PrimeSense’s smaller sensor models are quite suitable for Apple’s mobile devices and can power new age capabilities for Apple’s smart devices in the near future.

While Apple’s market share is slipping on the global front, it has so far gained big on the innovation front and it has been a big driving force behind the company’s cult status. On the other hand, Korean electronics major, Samsung has taken the lead on both the curved handset product (the Galaxy Round) and wearable computing device (the Galaxy Gear) as well. Additionally, Samsung is also catching up in the tablet PC category.

In light of the above, all eyes are on Apple to pull out a new game changer and continue to bedazzle the mobility and converged device world.

Atos enters into negotiations with Mitel for the sale of Unify